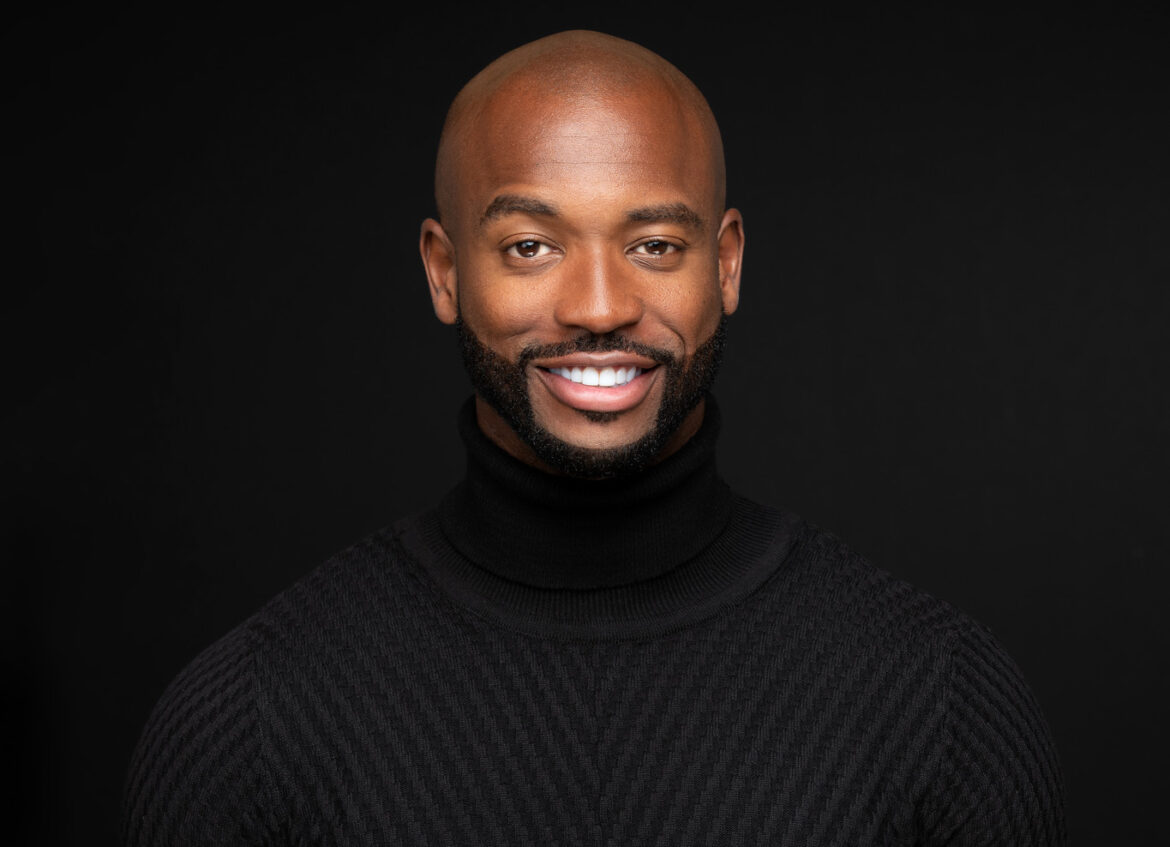 Vairrun Strickland may be recognized by TV viewers as the chiseled eye candy on TBS’ hit reality show Lost Resort, however, the increasingly popular cast member is much more than a pair of biceps.

Vairrun, a Chicago native from West Englewood is on a mission to increase awareness of the mental health challenges often faced by black males.

In Lost Resort, nine cast members come together in the jungle of Costa Rica as they try to overcome personal challenges with the help of mental and spiritual healers. Strickland, a long-time firefighter, shared how extremely long hours, fighting fires, and encountering traumatic life or death situations had hindered his ability to process his emotions and communicate effectively during romantic relationships. He often bottled everything up.

“In my line of work, you can’t show emotion. You have to be able to do chest compressions on a young boy with a straight face, while his family is crying next to you asking if he is going to make it, and you know he probably won’t,” he said. “Then, one day you just lose it and you’re emotional and you feel depressed, but you don’t really understand what is going on. “

“Fortunately, I took the step to seek therapy, and luckily I got a therapist who was an ex-firefighter. That started me on the road to wellness and self-care. “

Strickland stated that in the fire service, very little attention is given to mental health and wellness for employees. Very rarely are men encouraged to seek counseling, although suicide is more frequent among firefighters than people realize. In fact, a 2018 study by the Firefighter Behavioral Alliance found that first responders die from suicide much more frequently than on-duty police officers, and they are five times more likely than the general population to face depression and post-traumatic stress disorders.

“It took me 11 years before I ever sought therapy,” he said. “Thankfully, I had friends in the mental health field who encouraged me to do it, and helped me to get over the embarrassment of feeling something was wrong with me.”

Working as a firefighter has given Strickland a unique vantage point into another troubling, yet related issue in the black community – the tumultuous relationship with law enforcement that has resulted in widespread killings of unarmed black civilians by officers across the country.

One afternoon in April of 2017, Strickland was doing community work with an organization called New Era, which involves neighborhood cleanup and formulating positive relationships with residents. On this day, like every other time the group was busy at work, they were followed by police officers who claimed to be looking out for their safety. However, this time was different.

Eight months later, the case was dismissed, with the help of video evidence that showed the officers executing a wrongful arrest. Still, the damage had been done.  Strickland ended up suing the city of Chicago and the four officers involved in the altercation. Reflecting on the situation, he felt the weight of being a black man who, despite being a public safety officer, educated and doing positive things for his community, he was not immune to police brutality, discrimination, and racism.

Strickland, in an unusually calm manner, described the rage he felt from the encounter during a segment on the show’s second episode where cast members participated in an exercise to free them from anger. He believes that moment was a very important step in his mental health journey.

“Ensuring your mental health is so important. I think a lot of credit needs to be given to black women for leading the charge in mental health. They are more open to therapy and seeing doctors than black men,” he said. “That needs to change. For me, it was getting over the hump of vulnerability and embarrassment and the feeling of needing a doctor or needing help. Once you get over that, it is easy. As black men, we have to exercise our mental the same way we exercise our bodies. It is just like going to the gym.”

Check out our video interview with Vairrun by clicking the first photo below, If you would rather listen to our podcast with him click the SUAVV Sessions Photo, and keep up with Vairrun Strickland on Instagram at  @vairrun and catch Lost Resort on TBS Online.