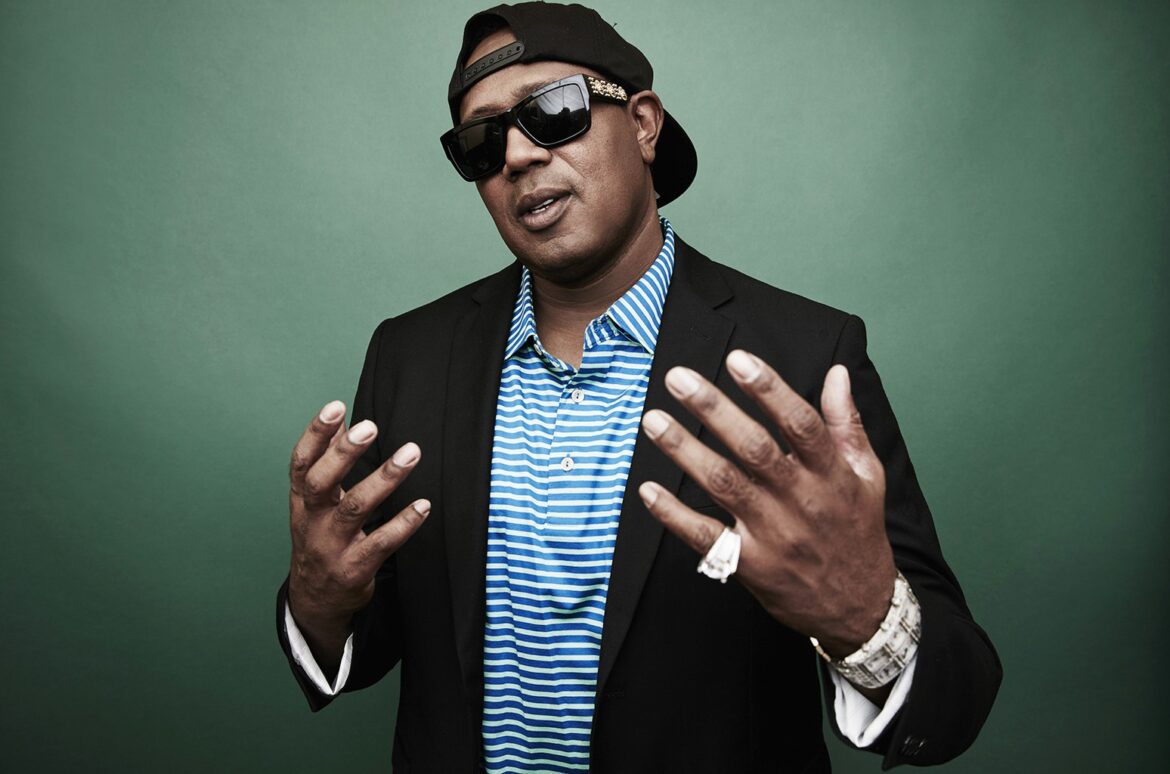 Allison Kugel: Considering history and what happened to him and Biggie, what are your thoughts on the feuds going on now, like with Kanye West and Drake. Kanye posted Drake’s home address on social media, and Drake’s fans vandalized Kanye’s childhood home. Things start becoming public and crossing the lines of safety.

Master P: I don’t think people realize they have all of these fans that might even be crazy and take things into their own hands. We have to watch what we do. There’s a lot of selfish people out in the world, and there are a lot of snakes in this world. I think when you are at this level and you are making this type of money, even with some of these young artists that were losing their lives in hip hop, which is sad, we have to be thankful and take this as a blessing and grow. I think it’s the people around them. You have to have people giving you better advice, and you have to hold yourself accountable. I’ve always had self-accountability. And start thinking about what you say or what you do, and how it effects and hurts other people, and how you wouldn’t want that to be happening to you and your family. A lot of this is self-hate. I would rather sit in the sewer and eat cheese with rats than sit at a nice restaurant and drink champagne and eat lobster and steak with a snake, and I think that’s what a lot of us are doing. When you get to that level of the game like some of these artists, why lose what you have?  Once you get killed or go to jail there’s no turning back.

Allison Kugel: If you could travel back in time and alter any famous historical event, where would you go and what would you attempt to change?

Master P: The Martin Luther King shooting. I feel he left too soon. I feel like that guy was on to something incredible. I have so much respect for him, and sometimes I imagine what would have happened if somebody had told him not to go to that hotel. He didn’t have that much security with him, and it just didn’t seem right. I feel like we just had so much more to learn from him.   This guy was nonviolent, and he wanted to bring people together: blacks, whites, Asians, Latinos… I’ve never seen a person like that.  I’m not saying he was perfect, because nobody is perfect, but it’s what he stood for when he brought people together. It’s the reason why we are able to have our freedom today and be able to work with each other, and not be judged by color.   I think that is what I would want to be a part of.

Master P: He was a dreamer, so being able to have somebody dream like that is incredible.

Allison Kugel: How many kids do you have?

Master P: Altogether, I have nine.

Master P: I don’t drink or smoke so (laugh)…

Allison Kugel: (Laughs) That’s a much better hobby. That’s funny. What is your philosophy for raising happy, well-adjusted kids?

Master P: You have to deal with [each kid] as their own individual. Some kids you have to scream at, some kids you have to talk to softly, and some kids, you have to take them to the side and nourish them. I think basketball prepared me to be a father. When you are on the court with certain people, it’s all these different personalities and it’s the same way with raising kids. Some kids want a lot of your attention, and some kids want to go off and do their own thing, so you have to know that and be prepared to sacrifice. My life is not about me anymore. I’ll do anything for them, and I think a lot of parents are not prepared for that. They still want to go off and live their best life, but if you have kids, you don’t get a chance to do that anymore.

Allison Kugel: One hundred percent. What’s something you have yet to master?

Master P: I have yet to master technology. It just keeps changing. Every time you think, “I got this,” something else new is coming out, which is a good thing. We are growing and constantly getting better. In a couple of years, we are supposed to be flying in automobiles. It doesn’t even seem right, but you know it’s going to happen.

Allison Kugel: I read in Black Enterprise that you’re backing the launch of a new car called Trion SuperCars (trionsupercars.com).

Master P: I didn’t create the car. It is actually a guy that has been working on building this car for a while, and I was able to get behind the project. It’s great to have a guy who’s been working with so many other car companies (including Tesla) create this supercar, and me being a part of helping him market and promote that. That’s what it’s all about for me, to be able to help people like that and bring their dreams to life, so it’s a blessing.

Allison Kugel: What makes it a supercar?

Master P: What he is creating and the technology, and that he knows about building cars. What makes it a “supercar” is that it’s able to compete with all the other supercars out there and has just as much technology.

(In a recent statement, Miller dubs Trion SuperCar “the first black-owned supercar manufacturer in America.” He credits the soon-to-be-launched car company with “adding diversity to the automotive industry, which will offer a high-end line of models and a line of affordable luxury vehicles.” Miller calls the fledgling automotive company, “history in the making.”)

Allison Kugel: When will Trion SuperCars hit the market?

Master P:  I think in two years. I can’t wait until it’s done!

Allison Kugel: What is still on your bucket list?

Master P: Being able to put together a superhero movie that is owned by us, and not by Hollywood. When you look at Black Panther, that movie made more than a billion dollars, but it wasn’t owned by us. It looked like us. I want to change that narrative. That is a real bucket list item of mine.

Allison Kugel: You don’t think the success of Black Panther made big-budget, studio-backed movies with an all-black cast that much more marketable and in-demand?

Master P: See, but think about this, right… after the movie was over, we went back home, and nobody really benefited. Chadwick Boseman, his salary was $500,000, and he ended up making maybe two or three million dollars from a billion-dollar movie. Robert Downey Jr. makes $70 million when he does Iron Man, and [Black Panther] was way bigger. I’m just saying, to be able to put money back into our culture and into our community off of our own work, I think that is a game-changer.