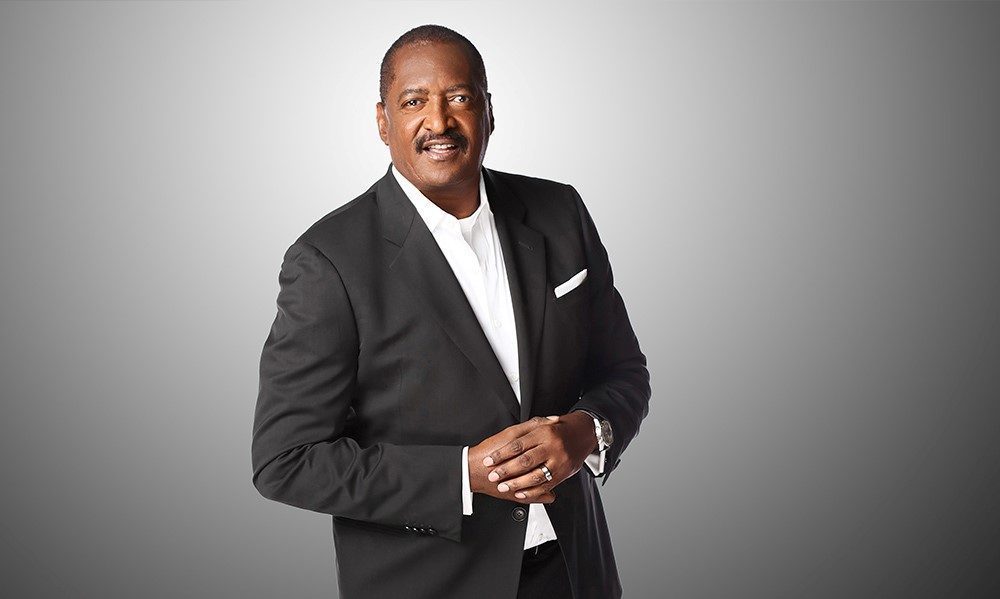 Mathew Knowles: People will use that as a reason not to get [the vaccine]. However, this is based on the information in the last 24 hours that I have listened to and read: he had a compromised immune system and [allegedly] he had not gotten the booster shot yet, is what I also read. Again, this is not necessarily all accurate, I’m just citing what I’ve read and heard. I have a compromised immune system, and I understand that getting a COVID shot doesn’t necessarily 100% mean that I’m not going to get COVID. What it’s supposed to do is not have me in the hospital with a ventilator down my throat, hopefully. For that reason, I was one of the first to get it, and I think it’s very unfortunate, but we have to understand there were other underlying conditions.

Allison Kugel: How do people get financial compensation after they have gotten vaccinated?  How does the process work?

Mathew Knowles: You can register for the program by calling 877-770-NMHA, or you can go to flexforchecks.com. Registering is the first step. Then you get the shot at one of the many locations in your community, and we identify those for you. You then upload proof of your vaccination to your Flex For Checks profile. Once you upload your proof of vaccination, we will automatically mail you a check. It’s that easy.

Allison Kugel: Perfect. I’d like to go into some of your personal history. You grew up in Alabama in the 1950s and 1960s. I would imagine you lived through your fair share of racial discrimination. What was your first-hand experience?

Mathew Knowles: I’ve written five books, and one of those is Racism from the Eyes of a Child. My mother went to high school in a small town in Alabama, with Coretta Scott King. Also in that class was Andrew Young’s wife. My mother then moved to a larger town in Alabama, and she took up the torch of desegregation. Imagine, I was born in 1952, so from 1958 to 1972 I went to all-white schools. Think about that.

Allison Kugel: All white schools, meaning you were in the significant minority…

Mathew Knowles: In my junior high school, there were 6 Blacks and 1,000 Whites. In my high school, there were maybe 20 Blacks and 3,000 whites. The University of Tennessee at Chattanooga had 14,000 whites and maybe 50 Blacks. Then I transferred to an HBCU, Fisk University in Nashville, which was my first experience in a Black educational environment. I was one of the first [students] with desegregation. I had been beaten, I’ve been electrically prodded, I’ve been spit on, I’ve been humiliated, all sorts of trauma. I had to go to years of therapy to overcome it, no different than for a woman who has been sexually assaulted. Racial trauma is the same. It just doesn’t get the attention that it should. It’s unfortunate that a woman can speak of being sexually traumatized 30 or 40 years ago, but you can’t be Black and say that. Nobody cares.

Mathew Knowles: I always love what Michelle Obama once said about President Obama. They asked her, “Are you frightened that your husband is going to get assassinated?” She said, “You know, my fear is that my husband could get shot by the police, pumping some gas.” The point she was making is that when you are Black there is no determination that says, “Hey, I’m the president,” you know? For example, with me, if you are in your neighborhood and you’re dressed normal, when you’re Black everyone doesn’t know who your daughter is, nor do they care. Just recently, I’m on a plane putting my bag up in first class. The flight attendant comes over and says, “I’m sorry, sir. You need to put your bags in the back, in coach.”  I said, “Do you say that to all of your passengers?” She says, “Yes, I say that to all of my coach passengers.” I said, “So you just assume I’m flying coach, huh?” Those types of things still happen today.

Allison Kugel: How did you eventually make your way to Houston? And do you think the success that your daughters, Beyoncé and Solange, have had in the music industry, and the success you’ve had on the business side of the music industry, do you think that could have been possible had you stayed in Alabama? Or would there have been no ladder to climb up?

Mathew Knowles: It was more from my educational path, from getting a proper education. I was in Nashville, Tennessee and I chose Houston because of all the industry. At the time, you had affirmative action and you had quotas that these major oil companies and all the other companies that were successful because of the oil initiative in Houston, had to fulfill. So at that time in Houston, it was very easy being Black and getting a really good job. That is why I went to Houston, Texas from Nashville. I grew up in Gadsden, Alabama, where we had a Goodyear plant and we had a public steel plant, real blue-collar. Chances are I would have ended up working at one of those types of facilities had I stayed in Gadsden. My parents had encouraged me and my vision was much broader than that, so I wanted to go and get the academic knowledge, and then I got 20 years of corporate experience.