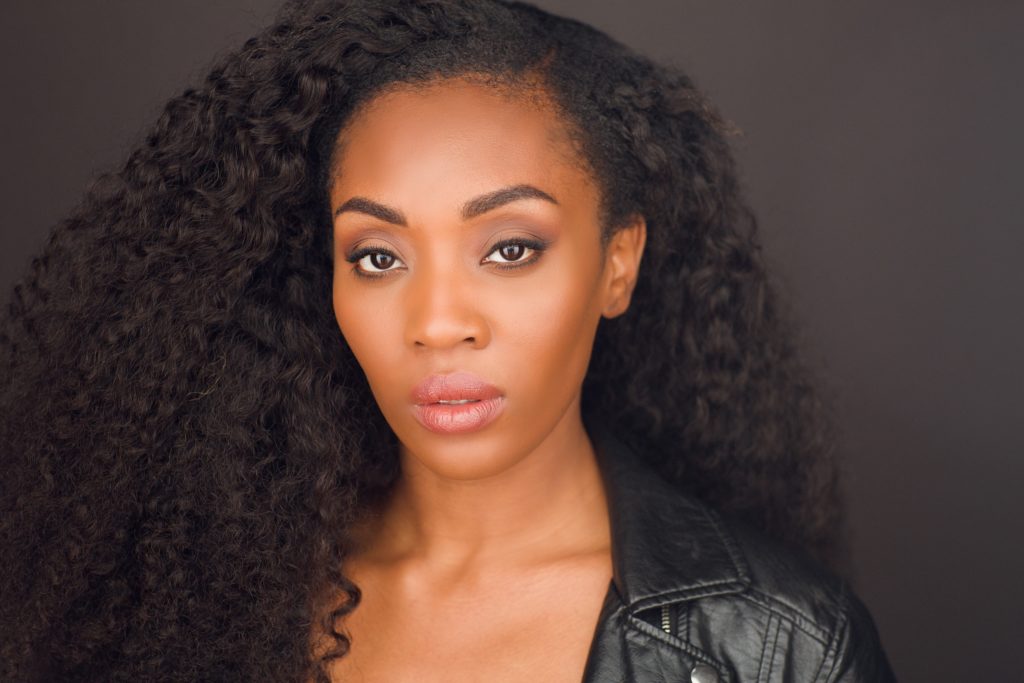 Racquel Palmer is the co-star of the new hit series All The Queen’s Men on BET+. The show was created and written based on a book by fellow actor Christian Keyes and starring actress/former RHOA castmate/supermodel Eva Marcille.

Racquel Palmer first made headlines when she posted a billboard by Tyler Perry’s Studios in Atlanta, Georgia stating that she was his next leading lady. She definitely got her shot in the male exotic dancer-themed series that is the talk of the town.

All The Queen’s Men is a series about the life and trials of Eva’s character Madame. Madame is not only the owner of the club but comes to find out that she is one of the biggest gangsters in the city. Racquel’s character, Blue, is the henchwoman for Madame. What you will find in this series is that the Male Exotic Dancer’s life is just as shady as the female.

Growing up in Newark, New Jersey, Racquel has always been an actress (which you will find out more about in the video interview). When she decided to make her passion her career, there was nothing that was going to hold her back. With a career full of acting credits and experience, she took a huge risk and put that billboard up by the Tyler Perry Studios… she knew that it was time to bring it.

Check out her full interview below.