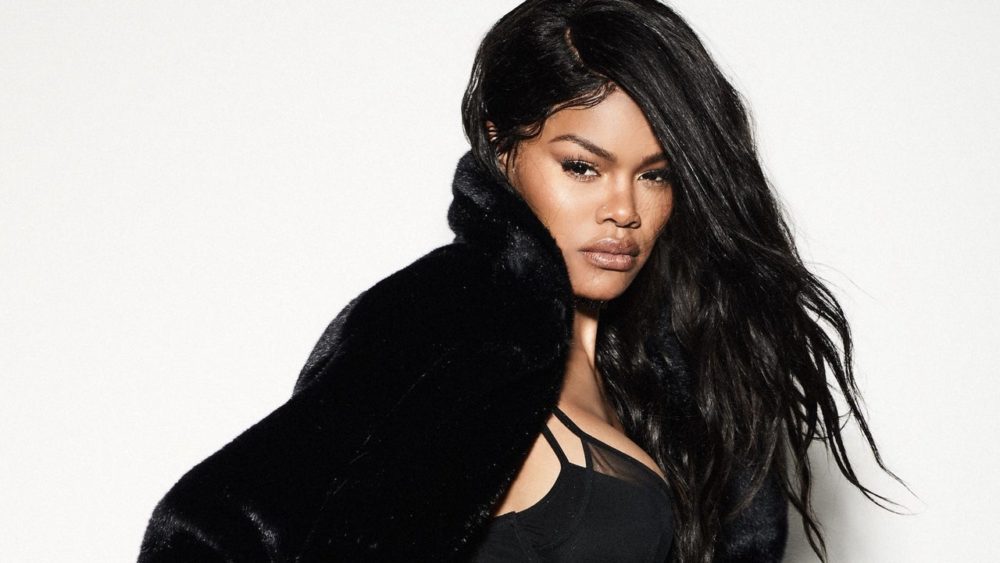 Teyana Taylor, whose devotion to community and social activism has been a constant factor throughout her career at G.O.O.D. Music/Def Jam Recordings, celebrates the commencement-deprived Class of 2020 in the inspirational video for her new track “Made It,” prominently featuring many of those remarkable graduates. “Made It” and “Bare Wit Me” (with its hard-boiled 1930s gangster-themed video), which premiered across all platforms today, are cornerstones of THE ALBUM, Teyana’s forthcoming new project due this summer. A snippet from the red-hot “Bare Wit Me” dance sequence trended across Twitter earlier this week.

“Made It” is a very personal journey for Teyana, who never had a formal high school graduation herself. She was already signed to a recording contract during those years, finished up through homeschooling, and ultimately received her high school diploma inside of a Starbucks. When Teyana’s production company The Aunties put out a note on social media a few weeks ago seeking 2020 graduates to participate in the “Made It” production, the response was overwhelming. Teyana is passionate about celebrating these grads who won’t have the opportunity to attend formal commencements this year.

She praised the 2020 graduates on Instagram saying, “YOU MADE IT!!!!!!! Class of 2020 this is for you!!!! First and foremost, Thank you to ALL the graduates that contributed to the video! I truly appreciate you & happy to celebrate YOU!!! Unfortunately, this pandemic has stopped us from physically gathering and celebrating all the hard work you’ve put in through the years But this pandemic can’t stop your spirit, it can’t dim your light, and it can’t take your degree away from you!! So when you make it out of this dark time, shine bright and light up the world! Congratulations to the class of 2020, YOU MADE IT!! PEACE & LOVE!

Being a jack of trades has allowed Teyana Taylor to become a master of all. From her smoky melodic vocals to her dynamic dance moves, the entertainer dips in dives between her talents that also include producing, songwriting, acting, directing and everything in between. When it comes to describing herself, the Harlem native can only think of one word: Everything.

“I literally can do everything. I never look at anything as being impossible,” she explains. “I exhaust all options to make what happens when I need to make happen.” Her mantra made her an early favorite to artists like Pharrell, who she signed her first deal with, and later choreographed videos for artists like Beyoncé and Jay-Z. In 2014, Teyana’s love for the arts and R&B earned her the title of the first woman signed to Kanye West’s G.O.O.D. Music imprint.

Between R&B’s identity crisis in the 2010s, Teyana dropped her debut album VII, with tracks like “Maybe” (featuring Yo Gotti and Pusha T) and the sultry “Just Different” shaping her musical persona. The critically acclaimed album debuted at No. 1 on the Billboard Top R&B/Hip-Hop Albums chart in 2014, cementing her position in today’s modern R&B field. “I fought for that raw, hood necessary R&B and now I feel like it’s better than ever,” she says.

After spicing up the R&B charts, Teyana was blessed with the arrival of her daughter Junie with her husband and NBA star Iman Shumpert in 2015. “I do all of this for my baby. She’s who I do it for,” she says about Iman “Junie” Tayla Shumpert Jr., her main source of inspiration. “I always show her how to be a leader and a businesswoman. I want her to believe that she can be anything she wants to be and it not be a shocker that she’s a female doing it all.” Soon after, Teyana went on to star in the internet-breaking video for Kanye West’s “Fade,” and scored her first MTV Moonman for “Best Choreography” at the 2017 MTV Video Music Awards.

But it wasn’t until the release of her second album project K.T.S.E. (released June 2018) that the world caught up with Teyana’s talents. With her all-female production company The Aunties, Teyana self-directed videos for “WTP,” the RIAA gold-selling single “Gonna Love Me,” (whose remix features Wu-Tang Clan’s Ghostface Killah, Method Man and Raekwon), and recently, “Issues/Hold On.” Teyana has also directed videos for her peers like T.I. (“You”), Monica (“Commitment”), and Lil Duval (“Pull Up” featuring Ty Dolla $ign) with fans like Ms. Lauryn Hill and Elton John praising her boss moves.

Part of what makes Teyana stand out from the rest is her ability to move with precision and poise in everything she does. From the studio to the stage, every idea is a project with the singer front and center with a vision all her own. With her musical inspirations like Aaliyah, Teena Marie, Mint Condition, and Janet Jackson speaking to her soul, Teyana is aware her mission is larger than life. “I’m working on me every day and I think that’s my purpose,” she says, comparing her life to a never-ending book. “I’m still going, still mastering and being a better me.”

Multi-hyphenate R&B superstar singer, songwriter, producer, director, dancer/choreographer, actor, fitness guru, model, mother, and Harlem native Teyana Taylor continues to gear up for the arrival of THE ALBUM. “Made It” and “Bare Wit Me” follow up the March release of Teyana’s “We Got Love” featuring Ms. Lauryn Hill. Prior to that were consecutive R&B smashes “How You Want It? (HYWI?)” featuring King Combs (Top 20 in August); and “Morning” featuring Kehlani (Top 10 in November). All videos were self-directed by Teyana – aka ‘Spike Tee.’

THE ALBUM is the long-awaited successor to K.T.S.E. (June 2018), Teyana’s second album, one of the five G.O.O.D. Music/Def Jam albums produced by Kanye West during his 2018 sojourn in Jackson Hole, Wyoming. K.T.S.E. (acronym for Keep That Same Energy) set off an 18-month chain reaction for Teyana, starting with its summertime Top 10 R&B smash “Gonna Love Me.” She performed “Gonna Love Me” (in a medley with “Rose In Harlem,” another K.T.S.E. track) on The Tonight Show Starring Jimmy Fallon. Hip-hop audiences embraced the “Gonna Love Me” remix featuring Wu-Tang Clan’s Ghostface Killah, Method Man and Raekwon, whose video was directed by Teyana.

K.T.S.E. spun off a hot new single and video for Teyana in early 2019, the explicit “WTP (Work This P***y).” The video was nominated for “Best Dance Performance” at the 32nd annual BET Soul Train Awards. The third single from K.T.S.E. was the evocative “Issues/Hold On.” After slaying the audience with the song live on Ellen in April 2019, Teyana was surprised on-air when Ellen presented her with the RIAA gold award plaque for “Gonna Love Me,” bringing it all full circle.