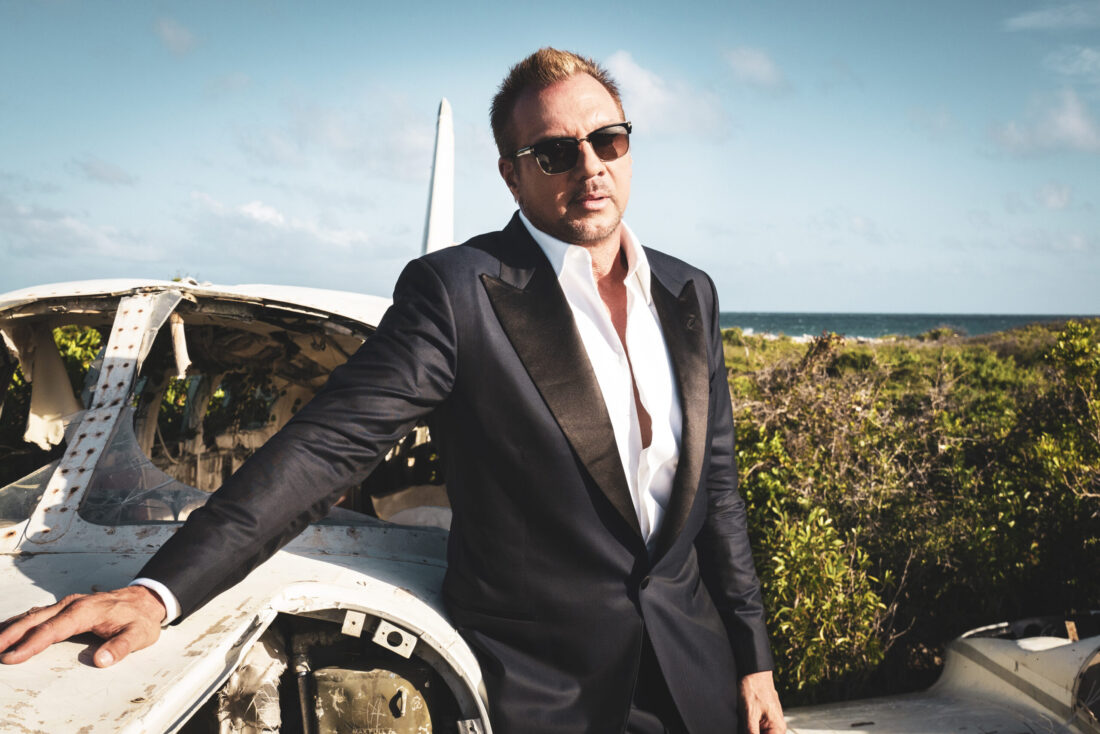 If you have ever grown your own weed or consider yourself a marijuana smoker, you have probably heard of BigMike.  Recognized as the most influential and successful cannabis CEO’s, “BigMike” Straumietis has helped make cannabis mainstream and has made it a mission with his company “Advanced Nutrients” to create the best marijuana fertilizer on the market through science.

BigMike recognizes the benefits of cannabis and is here to tell us about his story.  With 2.6 million followers on Instagram, BigMike has not only made millions of dollars through marijuana but has grown a real social media following.  His cannabis empire is growing more and more with “BigMike’s Blends, his namesake line of ultra premium outcome-based cannabis products.  BigMike has worked tirelessly legally and illegally, and this is his story.

BigMike, can you briefly walk me through how you got into the Cannabis industry and became known as “BigMike”?

At 23 years old I had a lawn care company called turf pro.  We had big trucks where we mixed chemicals together and spray them on lawns to make the grass green killing all the weeds.  At the time I had two salesmen working for me and they saw that I understood plants and fertilizer and they kept telling me there’s a way we can make a lot of money together but they wouldn’t tell me what it was.  For about six months they kept teasing me about this and one day I went to their house in 1983.  They took me to the basement and I saw six or seven marijuana plants and they told me it was a good business to get into.  I knew nothing about hydroponics at the time. I started selling the hell out of hydroponics and at 23 I put together my first grow room and accidentally killed all my plants because I didn’t understand ventilation at the time but I stuck with it and I got good pretty fast. 38 years later and I’m still doing it.

Wow, that is a very interesting path to go down. If we were to dig a little deeper into your story, what are some of the challenges you faced getting into the industry?

Everything was black market.  We called it the dark ages of marijuana.  You would go to jail if you had marijuana back then and back then I went from indoor growing to outdoor growing to even doing both and I got really good at risk mitigation.

That sounds super risky.  With legalization of marijuana in over 30 states things have become much more accessible than they were in the dark ages, what are your thoughts on marijuana becoming legal?

I can remember my brother and I were trimming weed way back when and I looked at him and said ‘you know, one day this is all going to be legal’.  And I knew the healing properties of it and it just seemed to me that this plant was too valuable to mankind and did so much for humans that one day it was going to become legal.  And it did, prop 215 came in Canada and California federally legalizing medical marijuana for patients.  So I headed to Canada and started growing then started Advanced Nutrients. I started 100 light operations and then that went to 300 lights, to 500 and at the peak of my growing was a 1,469 light operation.  And this was during the dark ages.

Well it seems you are so far right about it being legal in many places now.  You have had the company Advanced Nutrients for 21 years now, can you give me a quick explanation of what the company is truly about and why you started it?

There was no fertilizer that was actually for cannabis.  There was some hydroponic fertilizer out there and I used that but it wasn’t performing as good as I wanted to.  I eventually decided to make my own for myself.  It was more liberal up in Canada so I met other growers and gave them some of the fertilizer I made and they ended up really liking it.  More and more people tried it and the next thing I know they were offering to buy some from me.  It became a business for me and I decided to name it Advanced Nutrients.  And I realized science is the answer.  Since it was federally legal in Canada, I went to UBC University and asked if they could do some research for me.  I ended up doing testing on different varieties of cannabis plants and I took samples of roots, branches, leaves, buds, etc, and I did a lot of research on that at libraries and studied plant growth, agriculture, what was working and what wasn’t.  That was really the start of it.  Science has always been the answer to finding out how to grow plants.

When it comes to the Dark Ages, which really were not that long ago, Where do you see the future of the Cannabis Industry?  Will it be legal in every state?

Yes, it will be legal. And most countries around the world will be using one form of cannabis whether it’s Hemp or CBD.  It will be more than a trillion-dollar business in 30 years.  It has many textile and industrial uses.  A friend of mine makes car parts out of hemp for different car companies.  His products are almost as strong as carbon fiber and at a fraction of the cost plus it’s extremely lightweight. Hemp is over 10,000 products. It is gonna be in food items, they’ll make clothing out of it, hemp wood, the list goes on and it will be really interesting to see what happens in the next 30 years and I’m really glad to be apart of it.

There are clearly so many benefits to Marijuana, why do you think it has been in the Dark Ages for so long?

Before the dark ages, major pharmaceutical companies had it in their medicine.  Cannabis was being used and so was CBD.  In 1937 they made it illegal because they didn’t have a system to process hemp but they did have a system to process cotton.  They wanted to sell a lot of that and so the biggest competitor at the time was hemp.  So they squashed hemp and made it illegal.  So it was business reasons it went into the dark ages and people have found out it has so many healing properties.  If you think about it, 3,000 years ago they found references to marijuana in the pyramids and recently in Israel they found ancient burial places and when they analyzed the alters there were cannabis traces found there.  So cannabis has been around and apart of mankind for years now.

It’s crazy to think that they were using marijuana that long ago. Can you go over some of the benefits from Marijuana use?

It is a very long list. And not just marijuana but the different components of it.  We know THC reduces the blood flow to tumors, We know CBD inhibits tumor growth and is specifically effective in rectal and colon cancer, helps kids with epilepsy, it’s great for anxiety and depression.  A study came out a couple of weeks ago showing that cannabis reduces PTSD.  While you are medicated it takes away the PTSD but when the high leaves, the PTSD does seem to come back.  The list goes on and on.  You will find that people use cannabis for so many different benefits.

Those are a lot of really good benefits. With more legalizations coming and many newcomers to Marijuana, do you have any tips for first-timers?

Go to a dispensary.  That product has been thoroughly tested for micro-toxins, pesticides, heavy metals, and more.  This is a medicine and if you’re using it you are using it for a reason, even if you don’t realize you are.  You want to make sure that the product is pure and you know what you are ingesting. The black market is using pesticides and all kinds of things.

Dispensaries are a little intimidating because there are sooo many different jars and options. (So I’ve been told… LOL) Do you have a favorite strain of Marijuana?

I’m a Sativa Haze guy.  I love a pure Haze.  I also just love Sativa’s because it is an up high and helps my creativity.  One of my pre-rolls under my brand ‘BigMikes Blend’ called ‘Kreative Kingdom’ that I made for myself and it is one of the most popular in our line.  People tend to say Sativa is an up high and Indica is a down high but that can be a pretty broad generalization.  I can show you Indica’s that will make you feel up and Sativa’s that will couch lock you.

LOL. Nobody has time to be couch-locked so we will pass on that LOL. At this level that you have grown to over 20-plus years, do you have any advice on becoming a successful businessman?

Absolutely.  There is no easy button to success.  You watch social media today and it always seems like there is a fast way to becoming rich and live the good life but that’s actual bullshit.  You have to work.  It took me 21 years to get to where I’m at and you have to be open to opposition to hearing different opinions.  Also, continue reading and never stop learning.  It is important to deeply know yourself before you can understand other people.  When you do understand other people, that is probably the number one key to success.

Now, that’s real. I think that’s advice that everyone can apply to their life. Do you have any new stuff for coming for Advanced Nutrients or any other projects?

Oh yes, I’m always innovating.  We have advanced hemp fertilizer which is for hemp farmers, we’re in the advanced genetics, and we also have BigMike Blends.  Advanced Genetics involves gene editing.  Taking DNA from one cannabis plant and inserting it into another.  If you want a plant that only makes THC, you can now create that.  Science has always been the answer.

That sounds amazing and really cool at the same time. Do you have any other projects aside from Advanced Nutrients?

You bet.  Humanity Heroe’s is a charity I started in Bulgaria many years ago and it was very successful.  When a company is successful it has an obligation to give back to the community and society as a whole.  I have given probably well over a million dollars in free nutrients to medical patients through the years.  So I started humanity heroes and do it in LA now.  We go down to Skid row and hand out backpacks, hygiene packs, masks, and things to help people sanitize themselves during the coronavirus.  With all the social unrest right now we are looking for ways to give back as much as we can.

BigMike has been changing the marijuana industry for over 20 years now through science and determination. Aside from marijuana, he is also helping make the world a better place by giving back to the community with his charity “Humanity Heroe’s”.  For creating better fertilizers to grow your marijuana, Look out for new products coming soon on his website advancednutrients.com.