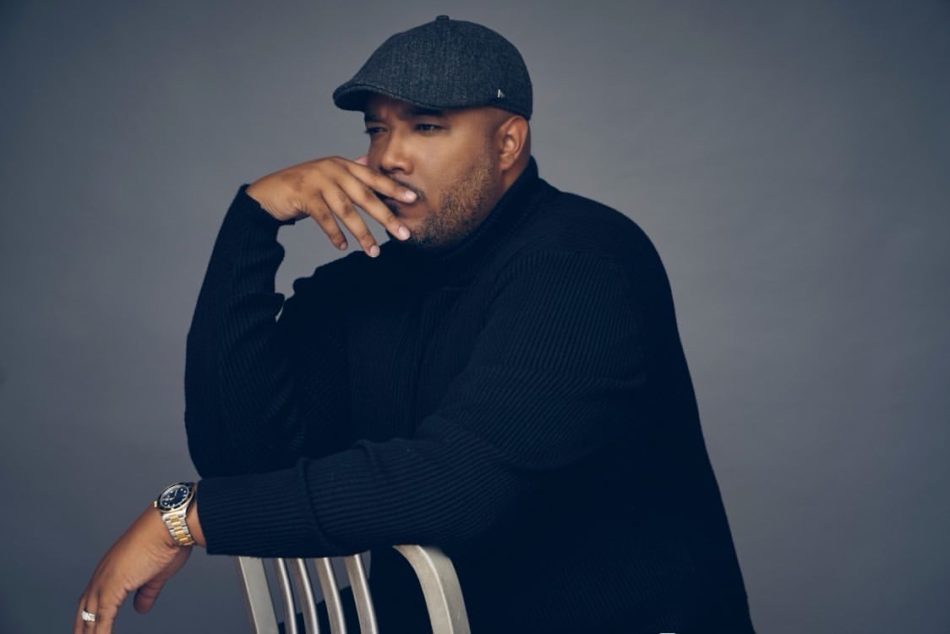 29-year-old Rhett Lindsey is considered to be the Silicon Valley disruptor due to his reputation for transforming relationships in one of the largest dating apps in the world. This past October the Atlanta native was selected as one of Forbes 50 Upcoming Startup companies. Stepping into a lane of creating a table instead of pulling up a seat, he created a social platform called The Diverse Perspective which allows dialogue and viewpoints from people of diverse backgrounds and experiences. Having his platform engage in honest conversation on a laundry list of topics, Rhett has created an unapologetic forum where race, culture, politics, relationships, and all things lifestyle geared can be openly debated.

Rhett had a childhood that many can relate to. Growing up in a single-family household with his mother as the primary breadwinner and his older sister living with them, he was an explorative kid with a boundless imagination. He loved Tv, books, and playing. Nonetheless, Rhett was a shy kid that struggled with self-identifying. He was in a house of women and starting to have a lot of questions that boys face. Most boys will tell you that when it comes to speaking on male issues, we love our moms, but when it comes to certain things, we need a mans perspective.

Rhett looked up to an unlikely source after watching The Jacksons: An American Dream. He thought Billy Dee Williams’ portrayal of Berry Gordy was the epitome of what he wanted in a father figure. It was the way that he talked to the Jacksons, how he Talked to them and cared for them, and ultimately, his delicacy with Michael. Billy was a charismatic man in everything that he was involved in. His personality, style, and presence made him a very SUAVV man (pun intended). But Rhett also knew that this was a superficial portrayal, so he turned to more familiar options.

“Billy Dee Williams was someone that I admired,” Rhett says as we laugh about the series. We’re on the phone and he is in the middle of his workday, sitting in his home office. “In elementary school, middle school, high school, the male teachers I had, or male teachers that just worked within the public school systems that I attended, they were like father figures. I played a lot of sports as well, so there were also coaches and I would seek their guidance and counsel on certain things that you need advice from a man about, whether that’s related to just developing, social questions, or whatever the case may be. As kids, we spend a lot of our time in the school systems more than at home. The men at my school became an outlet of being able to express whatever concerns I might have that I may not have felt comfortable talking to my mother or my sister about or any other relative, for that matter.”

Acting was the channel that Rhett turned to the most during this chapter of his life. He was a natural and a family friend would be the one to point out this talent to his mother. Chip Fields, esteemed actress, and mother of actress Kim Fields took Rhett under her wing and not only got him in front of the right agents and talent managers, but she also taught him the business of the industry. Chip introduced Rhett to Joy Pervis who was noted for discovering Dakota Fanning and Raven Simone. Rhett was signed and found himself opposite Martin Lawrence and Brandon T. Jackson in the third installment of Big Mammas House.  After levels of amazing success in the industry, Rhett questioned the stability of an acting career in a fickle industry. That internal conversation pushed the college student into another passion…writing.

“Writing for me has been a forum to be self-expressive and an outlet of escape when I’m stressed, just wanting to create, or take what’s in my mind and put it on paper,” Rhett explains with a tone of excitement and clarity. “I never had the chance to really own it or to really fine-tune the craft and the technique because I was so focused on acting. When I started writing more, it really just consisted of journaling, writing a couple of articles, then had my review on TI’s album, Paper Trail, published in a newspaper. I graduated from the University of Kentucky back in 2014 with a degree in social work. After graduation, I moved out here to Los Angeles, to keep pursuing my dreams as an actor, as an artist, and also help start my creative writing. I really take my craft seriously and just as I’ve done with acting classes, you have to do the same with writing. So, I recently started taking graduate creative writing classes at Harvard. I chose the institution that has been very successful in producing very, very talented writers because I want to be a part of that legacy.”

Starting the platform The Diverse Perspective was a way for Rhett to expand on his writing, and have an outlook that was available to critique his writing and spark discussion. He ultimately wanted to get to a place of comfort and confidence with his writing. Furthermore, Rhett knew that writing about things that were considered risque or taboo would allow him to speak his truth in confidence as well as invite the potential dialogue. Being a Black man with soo many layers, he didn’t understand that with all of his different life perspectives, that there were others who would gravitate towards them.

“I didn’t realize how many people would want to engage in conversations on certain topics I have covered on this platform,’ Rhett explains. “When I noticed the traction that the site was making and the attraction from August 4th till today, I’ve had tens of thousands of hits to the website. We’ve been able to have some challenging dialogue. But that is how you create change. Nothing’s going to change if we don’t talk about it. Change does not happen by silence or by not taking action. So you have to be strong in your stance. Meaning strong within your demeanor of knowing that people are not always going to agree with you. You have to respect other people’s perspectives whether you believe that they’re wrong or not because the other person, they believe that they’re right. So, it’s not about trying to change them, it’s about influencing them and just putting your message, putting your perspective in their ear to give them something to question. That’s the goal because you can definitely, absolutely influence them by allowing yourself to speak your truth and being strong within that. That’s what’s keeping me going and really wanting to get my voice out there and get other people’s voices out there.”

Between Rhett’s platform, working in his masters program, running his department in Silicon Valley, married life, and continuing to push himself to learn more is a lot for one man to put on his plate. He tries to live as regular of a life as possible. He wakes up in the morning, reads, does his workout, has breakfast, checks emails, and structures his day. Rhett loves movies, speaks to his friends and family as often as possible, and tries to spend as much time as he can with his husband and his dog Charlie. He understands that life doesn’t slow down for anyone. After almost burning out and being unbalanced, Rhett learned a lesson that we can all benefit a little from.

“Life is not going anywhere,” Rhett says. “We’re all dying at some point, so you don’t have to speed the process up by being stressed out and overwhelming yourself. Just take your time and have a good balance of work and life. I’m learning to manage that and to put myself as a priority for that self care, that self-help, that mental health, that’s really needed. In everyday lives, no matter if you’re starting a business or if you’re not, I think self care is very important.”