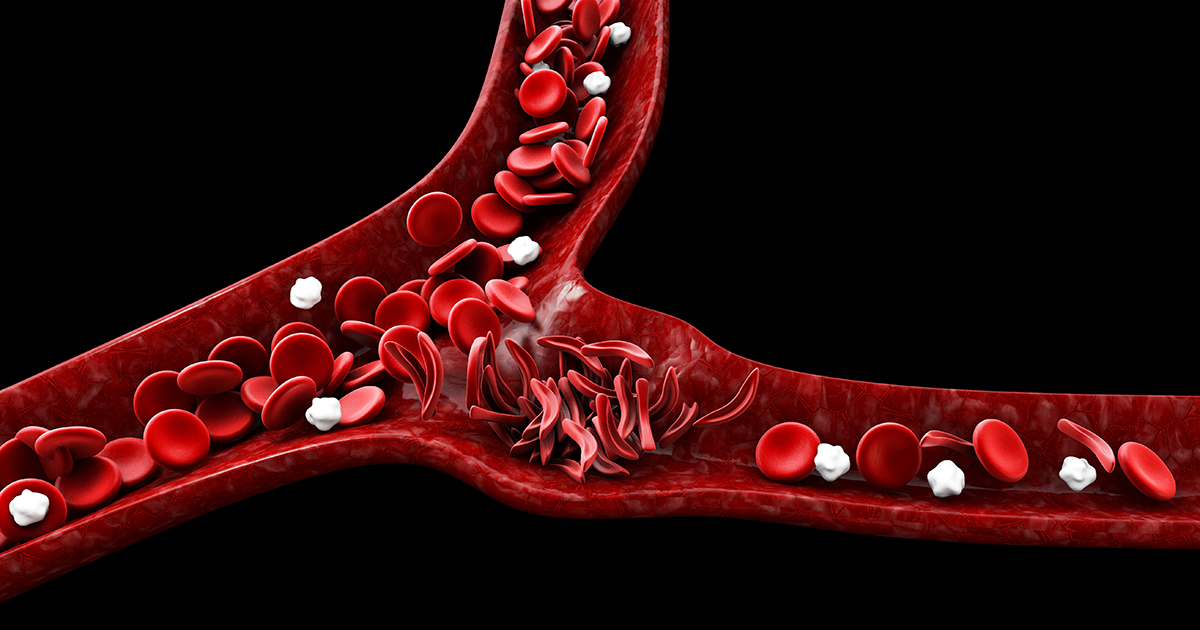 There is a condition that silently sweeps through our communities with a vicious tenacity. Sickle Cell Disease (SCD) is possibly the most debilitating condition in our community. While the effects aren’t always present, the moment a patient goes into a flare-up (called a pain crisis), they can instantly be immobilized and in some of the most crucial pain that any disease can inflict.

Sickle Cell Disease is a genetic condition that affects red blood cells causing them to be in a sickled shape instead of round. The shape of the cell then blocks oxygen from traveling through the body causing muscle cramping pains that ultimately lead to organ damage or other complications. Approximately 100,000 people in the United States are living with SCD. While many believe the condition is only prevalent in the African American community, it has a stronghold on the Mediterranean, Indian, and Hispanic communities as well.

Public awareness campaigns such as Sickle Cell Speaks, the work of the Sickle Cell Disease Association of America, and even social media sites like Facebook have been substantial resources for the public education of Sickle Cell. In the case of SCDAA, there are 46 chapters across the country with the intent that people can go to their local chapter for more detailed information about websites and programs that are offered throughout the country.

“There is stem cell research being done as well as bone marrow research,” Beverley says as we speak about the harsh realities of SCD. “There’s an organization that we’ve partnered with called Be the Match which notifies patients and lets them know when there is a match for them. We have transfusion centers that some patients don’t know are in their community. When in a pain crisis, a blood transfusion is another way that they could, quickly, have their blood transfused and go back to work or to whatever they were doing. However, because they don’t know about them, they don’t seek those places first.”

Today, there is a really big push against the use of opioids. While SCDAA and GBT both understand the trials the communities face in the light of the epidemic, they also understand that the people in their communities need those same opioids to maintain a balanced quality of life. However, because they are most times viewed as having “drug-seeking behavior” many of these patients in need will not go to the ER and will self medicate with Tylenol or ibuprofen. When they do go to the ER, they sometimes are sitting in there for extended periods of time or they’re not given the amount or the correct dosage that they need to manage their pain. For Beverley, this is a very dangerous road.

“We’re trying to educate the provider community,  emergency room physicians, and nurses, and staff about what a sickle cell patient looks like because they’re not drug seekers,” Beverley explains. They don’t even want to be in the emergency room if you gave them a choice… but they don’t have one. Furthermore, we know that patients who have undergone those particular transfusions, or even bone marrow transfusion, or some stem cell research and trials don’t experience pain crises as much or if at all as they had in the past. It totally changes their quality of life and gives them an opportunity to experience what we would call “a normal life” because they’re not constantly in pain. That’s part of why we’re trying to elevate this message about sickle cell disease, the complications of the disease, and then what resources are available in communities across the country.”

While creating a resource hub for sickle cell patients, there is always more to be done. One of the most alarming facts is the life expectancy for someone with sickle cell disease being approximately 42 for men and 48 years of age for women. Beverley and her organization have found that with some of the more recent therapies, there have been sickle cell patients who are living longer into their sixties and seventies. While the information that is currently available is made up for anyone living with sickle cell disease, the organization finds itself in a constant wrestle with how to now include information for those who are living past that mortality age that was predicted or has been predicting initially.

“Organ damage is the leading side effect caused by sickle cell disease,” Beverley clarifies. “And as a result, people’s life expectancy can also be reduced if they are not taking care of themselves or even just being neglectful in their acknowledgment of the disease. I have patients who at seven years old have had a stroke. Patients who are 20 years old have had to have their hips replaced or have had heart attacks. Even within my own family, I have a cousin who died and when I was in high school with sickle cell disease. We all knew that there was something wrong with him, but we didn’t know it was sickle cell disease until years later. Like many families, my family never discussed it.”

Stigma is another big part of sickle cell awareness. There are many patients who are labeled as being lazy because they can’t work. Not because they don’t want to work, but because they have such pain crises and extreme fatigue due to the anemia that it prevents them from being able to get up every day and go to work. Having a pain crisis that’s unpredictable also makes it very hard for them to have what we call, you know, a normal life, going to school, to work, taking care of their families. At any given moment of sickle cell patients’ day, they can go from being fine to being in crisis or being in the hospital. Therefore, the balance of information and knowledge about the disease is necessary in order for us to not continue to have people dying in this country because of a lack of knowledge. So the million-dollar question becomes “How do you manage life with Sickle Cell Disease?”

“That’s what it is,” Beverley says. “You manage, you take your medication. We talk a lot about the fact that patients have to stay hydrated. Keep your stress levels low. We currently have two drugs on the market. We’re hoping that we’ll have many more in the near future, but for patients on a day to day basis, it’s basically getting up every day trying to live your best life, recognizing that within an hour you could be having a pain crisis. And there are patients who are managing their lives pretty well. They are using everything that they can, they’re exercising, and they know to avoid high altitudes. There are also patients who want to have the best life possible. And they’re like, ‘Why would I let this disease limit me? I want to do what my friends are doing. I want to be able to do those things that I’ve always dreamed of.’ We want people to live as long as possible without the pain crisis. Therefore, we have to continue to educate them. Our goal is to raise awareness around the United States and to ensure that people know that there are folks like us fighting for them every single day.”

In order for someone to have SCD, both parents need to have the sickle cell trait (SCT). According to the CDC, approximately 1 out of every 13 Black or African-American babies is born with SCT. Finding out your status for sickle cell trait is as simple as a finger prick. We encourage conversations with your spouse and families about the disease and find out if you are carrying the trait. Beverley and her group have been encouraging teens and young adults about disclosing their status with their partner when they find out they have the sickle cell trait.

Sickle Cell Disease Association of America, will hold its annual convention on October 9th through 12th in Baltimore, Maryland. Anticipating over 600 patients, researchers, providers, and people who are just going to learn more about the disease. Between the months of September and October, there are a lot of things happening and we hope that you all can get out and support and become more knowledgeable about the disease or even participate in fundraising efforts. For more information, please visit www.sicklecelldisease.org or follow the same group on Facebook or Twitter.