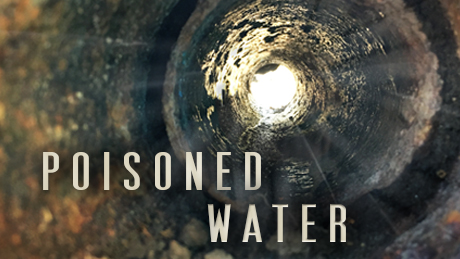 Water. Turn on the faucet and it’s always there. Without it, we perish. But how safe is our tap water? POISONED WATER uses the lens of science to reveal how the water disaster in Flint, Michigan has brought to light a disturbing truth about the vulnerabilities of water systems across the country. Narrated by Joe Morton, this eye-opening new one-hour documentary by the PBS science series NOVA, produced by WGBH Boston, investigates exactly what went wrong in Flint, from the delicate intricacies of water chemistry to the biology of lead poisoning, to the misuse of science itself.

In a money-saving maneuver, the city of Flint, Michigan, under the authority of a state-appointed Emergency Manager, switched its municipal water supply from Lake Huron to the Flint River. Unbeknownst to the city officials at the time, this switch would trigger a chemical chain reaction with devastating results: thousands of children exposed to lead poisoning, and very likely two outbreaks of Legionnaire’s Disease, claiming twelve lives. 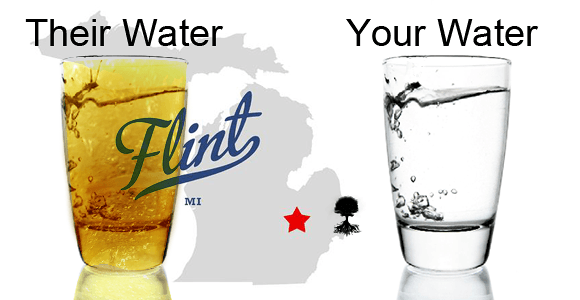 “The water crisis in Flint has affected thousands of people, and we now know that many cities around the country are vulnerable,” said Paula S. Apsell, Senior Executive Producer, NOVA. “If we’re going to tackle these problems, we have to understand why they’re happening. POISONED WATER explains the science, the chemistry, biology, and engineering that lies at the heart of this story.”

Guided by the nation’s leading water experts and with intimate access to families most affected by the crisis, POISONED WATER unfolds like a detective story. The first trickle of trouble came in the form of discolored water, then an increase in reports of skin rashes and hair loss. Worried citizens complained; officials insisted the water was fine. Flint mom LeeAnne Walters was among the first to suspect something seriously wrong, spurred on by the living experiment she had in her own home: her twin boys. One of them wasn’t growing properly.

Walters was connected with Miguel Del Toral, part of the EPA Region 5, who became concerned about Flint’s water treatment after hearing about a series of problems in the system. He wrote a preliminary report on the situation in Flint and shared it with Walters, who gave it to the press.

Unwilling to accept the city’s response that the water was drinkable, Walters took matters into her own hands, contacting an independent research team from Virginia Tech, headed by chemical engineer Marc Edwards. Testing the tap water in Walter’s home, Edwards was stunned by the results: not only was there lead in the water, but the levels were so high that the water flowing from her home’s faucets qualified as hazardous waste. 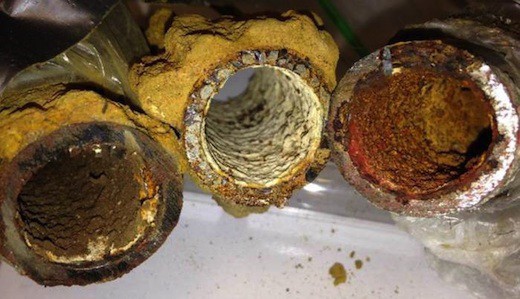 POISONED WATER follows the trail of evidence as Edwards and his Virginia Tech team, including civil engineer Siddhartha Roy, leaped into action investigating exactly what had gone wrong when the local authorities switched the city water supply. To solve the mystery, the researchers would need to unravel the complex chemistry that played out in the water pipes running beneath Flint’s streets and inside its residents’ homes.

The crisis in Flint, a poverty-stricken and predominantly African American community, is just one striking example of how science intersects with social justice. Edwards had seen this kind of chemical disaster before. On NOVA, he and former EPA environmental engineer Elin Betanzo recount the story of the water contamination crisis that unfolded in Washington, DC in the early 2000s. There, the water authority switched the chemicals used to kill bacteria in the water supply. What they didn’t realize was that the new water chemistry would strip the protective coating inside the pipes, corroding the metal, leaching lead into the water system and exposing thousands of people to lead poisoning, including, it is suspected, members of Congress.

As Edwards and other water engineers explain, both the DC and the Flint crises could have been avoided if authorities had carefully managed the water chemistry. NOVA reveals the discovery that the Flint water authority failed to add a key chemical, called a “corrosion inhibitor,” which can help pipes build up a healthy scale to protect them from corroding. Drinking the water from Flint pipes was like “drinking through a lead-painted straw.”

When Edwards heard from Walters in 2015, he had a strong suspicion that, just like in DC over a decade earlier, the water utility was hiding something. But because of his experience with the DC water crisis, he was undeterred; he had a plan. His team coordinated its own widespread testing of Flint’s water. 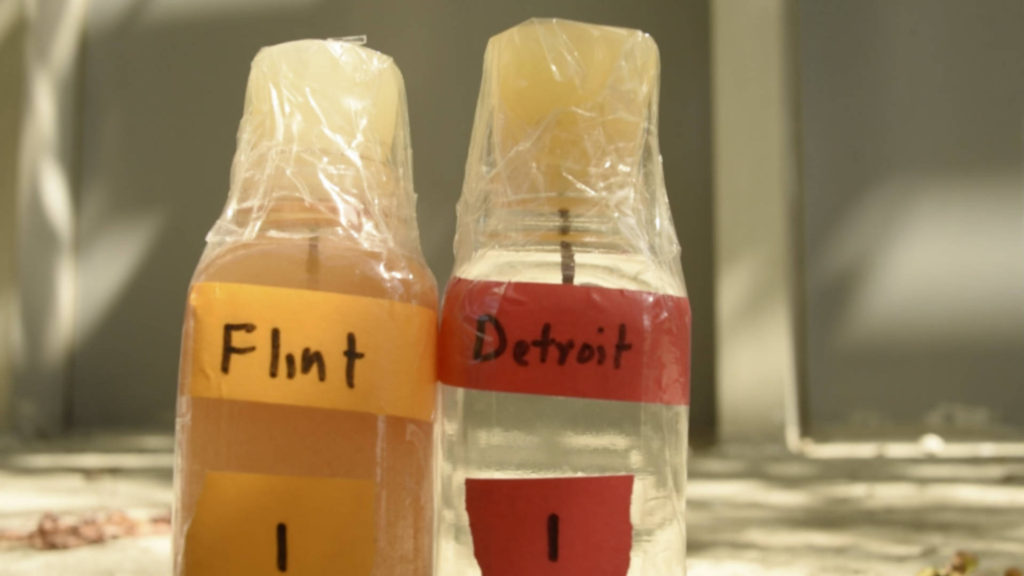 When they analyze the results, Edwards’ suspicions are confirmed. It is undeniable. Flint’s municipal water system is contaminated with lead, exposing thousands of children to the risk of lifelong intellectual deficits and behavioral problems. Evidence of the danger to children is revealed after Betanzo persuades her friend Dr. Mona Hanna-Attisha, a pediatrician with access to crucial blood data at Flint’s Hurley Children’s Hospital, to conduct a study to determine whether the lead levels in children’s blood have increased in the period before the change from the Detroit water system to after the switch to the Flint River water source.

However, as POISONED WATER exposes, the disaster did not stop there. One last deadly secret emerged: there had been two outbreaks of Legionnaire’s disease in Flint which were not reported until well after they occurred. Twelve people died. NOVA visits the lab bench of Amy Pruden, who along with Marc Edwards suspects that the growth of Legionella–the bacteria responsible for Legionnaire’s disease– was in fact also connected to the lack of corrosion control.

In Flint, the city has switched back to Detroit water after enormous public pressure, but the damage to the pipes has been done. A residential pipe replacement project has begun as part of the solution. The job will not be easy, it will not be cheap, and it will not be quick. 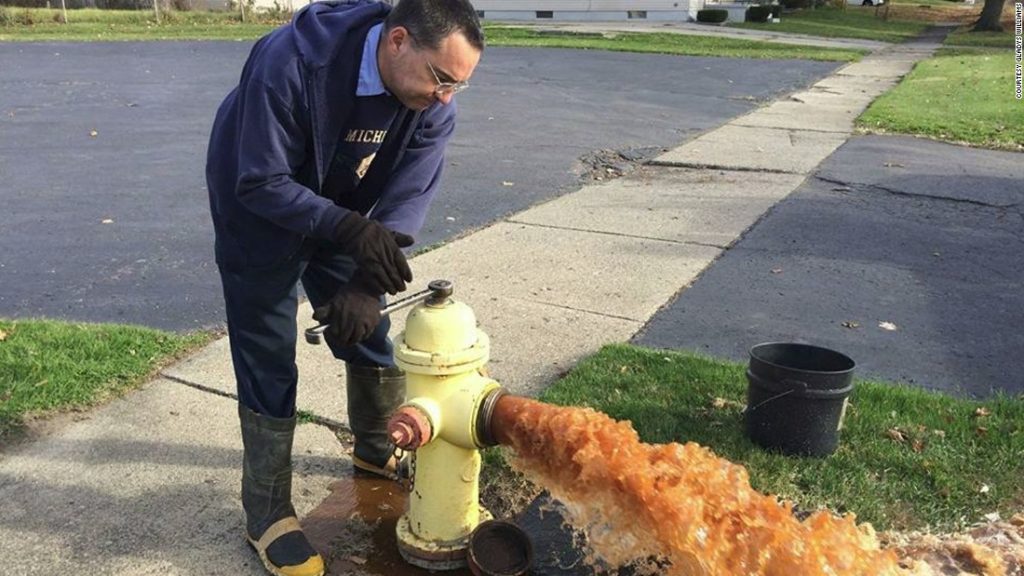 Meanwhile, fearful Flint residents are still living off bottled water. With their trust of the government as corroded as the pipes themselves, some have resigned themselves to it for a lifetime.