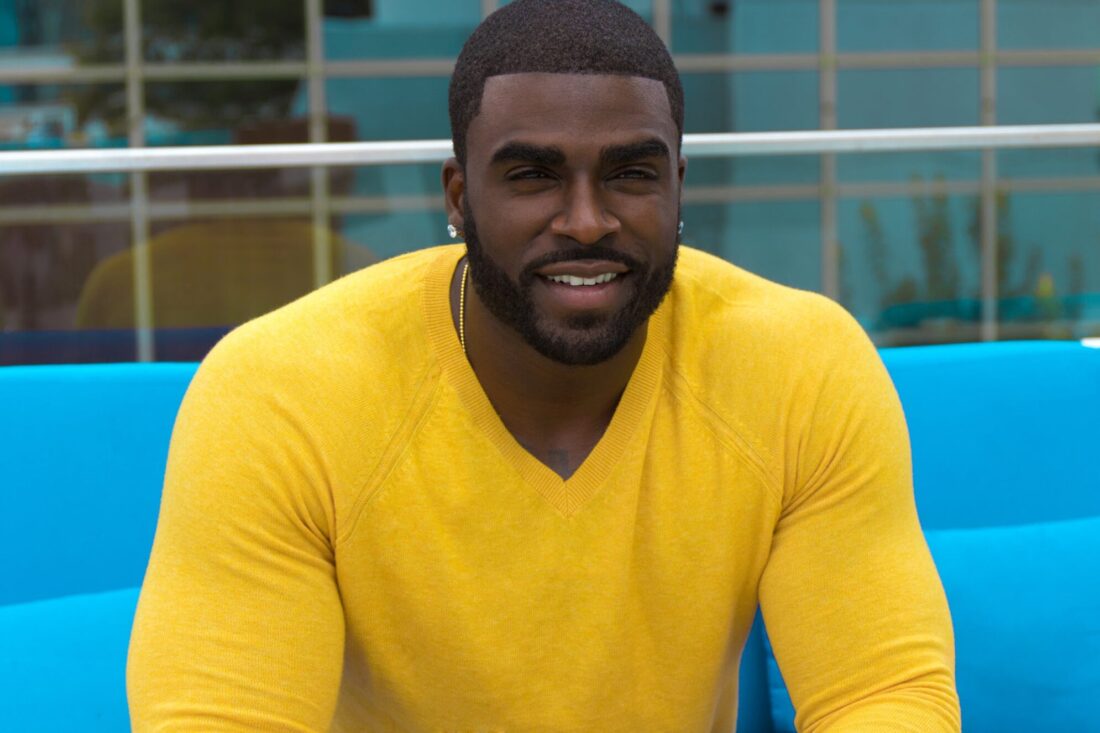 Travis Cure is a Miami born Actor and Model. A veteran of the United States Marine Corps, Travis moved to Atlanta in 2013, and it wasn’t long before he was approached by a photographer about modeling.  Travis spent long days doing fashion shows for free, working trade shows, and modeling for photographers just to get his face out there.

In 2014, the publisher of a fitness magazine saw Travis on Instagram and reached out with anticipation for him to shoot for the magazine.  Later that year, Travis was named the first Model Ambassador for KRAVE Magazine, and that was just the beginning.  Travis quickly became one of the most recognizable faces on social media and the phone began to ring.

Dubbed “The Cure”, Travis began hosting events, appearing in music videos, and moving closer toward his ultimate goal: to be an actor.  His hard work, dedication, and determination have landed him some pretty impressive accolades, and his acting resume continues to grow.  He has been the lead in several independent projects, such as David, Nocturnal, Deadly Sexy, Emmy nominated web series Tough Love and its spin-off Pillow Talk.  He can also be seen in several music videos, including SWV’s “No Man” and Monica’s huge hit single “Commitment.”

Travis landed the biggest role of his career in June of 2019, when he was cast as a series regular on Tyler Perry’s new series “The Oval”, which debuted in October 2019.  Travis had an amazing introduction to mainstream television and to continuing to pursue his dream with season 2 of the show airing in the coming weeks.

We had a chance to chat with the upcoming star about his start, his faith, his goals, and why it’s important to keep a low profile when trying to break into the Hollywood scene.

SUAVV: The typical question has to be first. How did your career start?

Travis: I’ve been modeling for a few years and then someone asked me, hey do you act? And even though I didn’t have prior experience, I said yeah. You never know where these things could take you and if you never try it you will never know. The same person that asked me that asked if I was okay with the role and I loved it, ever since then. I wasn’t that good then, I mean everyone goes through their growing phase, but that’s how I got started.

SUAVV: What was the modeling career like, was it hard getting started? did you find yourself being held in a certain area?  How was it?

Travis: The modeling was fairly easy to get into. I started doing the whole thing sort of by myself and then professionally being here in Georgia, this is like the hub for modeling and acting so it was just a matter of time before someone came up to me and told me,” hey do you want to do a shoot” and I was like sure, this is what I want to do so let’s do it.  One thing led to another and I started doing music videos and things of that nature, it just went from there. Even with music videos, I was still doing the modeling, I did some runways and Bronner brothers.  Actually, the Bronner brothers really took me in, for me, that’s really how everything took off.  Everybody and their mother come to those hair show, they have 3 just over here. So, my fan base grew, my popularity grew, my Instagram grew, my Facebook grew. Everything just grew from doing those shows. Being there 8 hours a day a few days straight 2 times a year, every year.

SUAVV: That’s pretty dope. And those hours for that kind of growth…wow. Bronner Brothers shows are major. What did you do at the shows?

SUAVV: So, your beard made it possible for things to take off?

Travis: It did. Not at first because I didn’t always have a beard. But when I finally grew a beard that’s when things started to look up a little bit.

SUAVV: Beards saves lives LOL. What kind of jobs were you working while you were modeling before you go into acting full time?

Travis: Man, I worked in a warehouse for about 2 years, then I worked at Dick’s sporting goods warehouse for about 2 years. But while doing that I was dabbling in modeling and when someone would call me with a booking was thankful. Most of the time it was for free because I didn’t have a name for myself. I was trying to create a name for myself but coming up you really can’t say hey you guys need to pay me because most of the time they are going to look at you like“ uh but who are you?”. So, you really got to humble yourself, and I did, so I worked a little 9 to 5. I’m not ashamed of it because you got to come from somewhere. Also, if you don’t pay those bills then you don’t have that roof over your head and then you will never be able to study or practice your craft. Now I’m doing modeling full-time and a full-time actor; this is what I do this is how I eat, and this is what pays the bills.

SUAVV: How does that feel? To go from warehouse jobs to survive and now living and doing what you want.

Travis: It feels amazing man! I used to tell myself—I didn’t think this could be me and I hear a lot of people say the same, but at the same time if you are working for it and you’re working hard, how could it not be you? You know what I mean?  I’ve been thinking about that a lot lately and it makes perfect sense. So, how I say this is not for me when I worked for it? I worked for it, so this is for me; I worked for it and it happened.

SUAVV: It’s crazy because we envision things, we see them in our heads and say I got this plan, I’m going to work for it. Then when it’s happening, it’s like I can’t believe this is happening.

Travis: You see what I mean? And it’s almost to yourself you’re like how is this even happening? How does it even make sense to say how can I believe? Yes, you can believe. This is what you worked for. If you worked hard and make sacrifices, what else do you think is going to happen? It was bound to happen; it was just a matter of being patient and saying when it’s going to happen.

SUAVV: You are exactly where you are supposed to be.

Travis: Right. So now my new thing is, I can believe I’m here as fast as it happened. You know what I mean? Because I did the modeling for years and I did the acting for 2 years. Now, I’m at the beginning of my career for my acting. But the beginning for my acting is with Tyler Perry, you see what I am saying? Most people wait for years for this to happen. I’m only 32, so I’m still kind of young in my game. Most of the time you hear these stories about people working 10 to 12 years and they don’t get their break until they were 42 or 50. Mine came fast, but I also had other things going on that kind of lagged. It’s like people like the Rock that do wrestling first, and then they transition over to acting. It does really well because they already had a fanbase, you know what I mean?

Travis: The transition for me wasn’t easy but I had a fanbase just from the modeling so now that I’m doing this, my people are like “Oh man you act too? We are going to support that “.

SUAVV: Everything falls in place; you have people who are seasoned actors who are in their 70s who say you know I didn’t start until I was 48 but that was their time to start.

Travis: That’s right, that was their testimony and that was them. Absolutely man, but some ease into it. Now it also matters what you’re doing as well. You got to keep a clean face or record, especially in the beginning you got a lot of people doing some weird stuff and these images will be popping out on social media and Instagram and you’re like are you sure you want to be doing that? because I know you’ve been aspiring to be an actor. The first thing Tyler perry and his crew told me was, we are going to check out your Instagram, Facebook, and your personality and see what you got. So now you’re like, oh snap, let me start deleting, but it might be too late because people will screenshot and post stuff and tag you. Thank god, how I started it was very cool. But a lot of things, even at the beginning I wasn’t comfortable with doing. Because I knew down the line something bigger was going to come, and when it does come you want people to be like okay. Because everyone started from somewhere and I’m not knocking that and I’m not saying you shouldn’t do this or do that but you just got to be on edge about what it is.  There is nothing wrong with taking some tasteful photos, but if your exposing stuff and seeing stuff then it’s like bruh, if this is what you’re going to do then you’re going to end up doing this. Then if you’re thinking about transitioning over then it’s going to be a little difficult because it might not even happen. There are going to be some obstacles, if you think you have a hard time now, just think how it’s going to be when you’re trying to get even further. This is going to hold you down. I’m not saying that you can’t do it, if later on, down the line you want to be a bit risqué and take some photos, it might work. Because ESPN had this new campaign, the body campaign and it worked for those guys and girls because they are already established. It happened when it was supposed to happen. Now if you did it at the beginning, they might come back to you and tell you “well we already saw that at the beginning phases so who cares?

Travis: You don’t want that; you want to have that shock value. I want to get to the point where I’m so big and so amazing that when I do it, it’s like oh my God, and then you go up 200 thousand followers. Then GQ is reaching out and asks you to shoot and interview for the cover and they want to use you for this and use you for that.