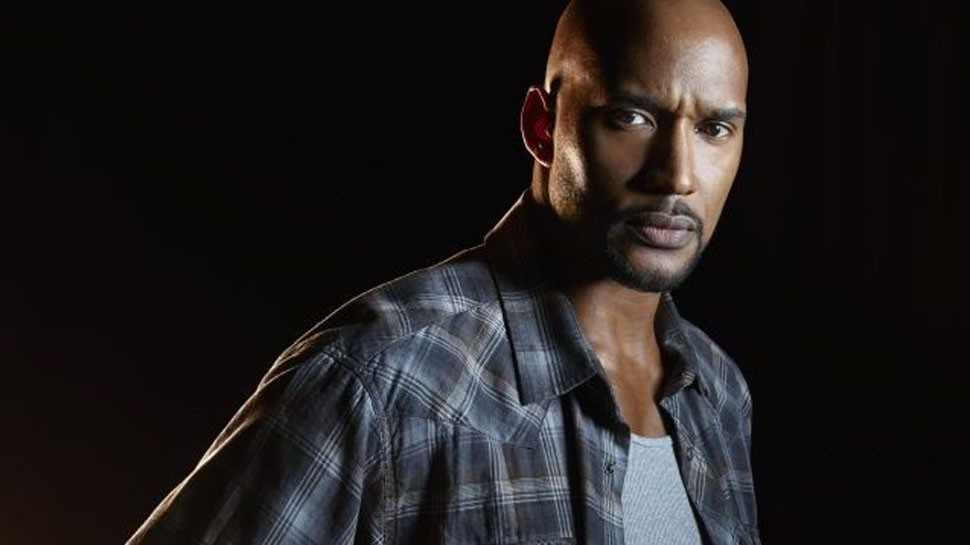 There are factors that not only make you successful in your career but as a person in general. It is the drive and their modesty. Henry Simmons would not say that he is a great actor. He’ll tell you that he has work to do and he has a long way to go. His acting spark ignited when he was a young child while watching old James Cagny movies with his father. Being that he was young, he didn’t really understand what was going on. Nonetheless, the seed of entertainment was planted. It wasn’t until college when it would come to fruition.

Ironically, Simmons became an accounting major so that he had a fallback plan. After graduation, he found a great job and had an amazing first day. By the end of the first week, he knew that his fallback plan wasn’t going to work. He remained an associate of the corporation while going back in forth into New York City to take acting classes at night and going to auditions. Nine months into the routine, he landed a small role in a play. When returning from the leave of absence put in place to pursue the role, Henry put in his two-week notice and prepared to live the life of an actor.

Not telling anyone what he was doing for the fear of hearing people tell him that he was insane for trying to go act. On his way out of the door, he had what he would see as divine confirmation in the form of a retiree to be.

“This man came up to me and he said ‘You know Henry, I’m going to be retiring in two months,” Henry begins to reflect. “’I don’t know what you’re doing but I hear you’re leaving. My word of advice to you is, ‘Don’t do anything half-way; whatever you’re going to do put your all into it.’ He said that he was telling his son, (which is happy to be making a steady paycheck), that he was happy for him but he didn’t know if he was happy himself. The last thing you want is for all of these years to go by and you ask yourself “what if”.  He said “Don’t ask yourself those questions. Whatever you’re going to do, do it all of the way and leave all of this behind.”

He never turned back to the job or to any other corporate job.

Henry continued to hone his craft as an actor. He would go to acting classes, and continue to audition. He was doing well. He moved to New York City where he was renting a room and was working as an actor. Things were looking good. Then one day he realized his lease was ending and he didn’t have a place to stay. Refusing to move back to his hometown of Stamford, Connecticut, Henry talked to the theatre company that he had just finished a run with and told them about his situation. They offered him a bitter-sweet solution. He would be able to continue to live in the city, but it would be on a cot in the attic of the theatre. Henry packed up his things consisting of a bag of clothes and a radio-cassette player and made the attic his new home for the next 4 months.

“Even then I was happy because I was doing what I wanted to do,” Henry says. “I didn’t tell my mother because I didn’t want her to worry. I wasn’t dying in sewers but I didn’t really have anywhere to go. I slept on different friends couches and girlfriends apartments and stuff like that.”

Henry had an easy option which many would advise him of. He could have gone back to Stamford to get a little money together so that he could return to New York with a little more stability. But for the actor, that wasn’t an option.

“I was not going to do it. It wasn’t just a location because I could easily take the train back and forth into Manhattan, that’s what I was doing anyway. It was a psychological thing. I took the step to move into New York so for me to go back it would be stepping back for me. I said I’m going to push forward. I don’t care how tough it get or what happens I’m going to continue to push forward.”

Henry kept pushing and made it through the hard times and never went back to them. His faith in God kept him grounded in the time of need. He had moments when his faith wasn’t as strong as it is now. And he would contribute those moments when he was not in the will of God to his biggest challenges in life too. With now being in the will of God, he is able to admit that his life has always been good even through a series of disappointments. Learning one major rule to self-happiness, Henry began to clean house with his social life.

“I just saw certain things in my life and said there isn’t clarity,” Henry explains. “I needed clarity and I was really going to step it up and give it all to God. Now, honestly, those people that were in my life that were not clear are out and the people that moved in are clear. My walk has been a walk of more purpose with more challenges but more fulfilling.”

Fulfillment for an actor in Hollywood can come as easy as a change of light. Henry has played more dramatic and serious roles and was happy to finally have a chance to do something a little lighter. Wanting to pursue the comedy genre, he took the role of Mike in the new movie Worlds Greatest Dad starring Robin Williams. In the movie, Robin Williams is a teacher who is a failed writer who and a bit of a loser. Mike is the exact opposite. The kids love him, he’s a great teacher, and he’s also a writer that had a few things published in newspapers and magazines.

“My part was to be the antagonist to Robin Williams’ character,” Henry laughs. “It is a little bit different. I’m not Mr. comedic in the movie. It’s a subtle funny which I love because that means that it is smart writing. I want to branch out and do comedy because I want to try different things and stretch and grow as an actor. I read the script and it’s different, the comedy is very different. I just wanted to be a part of it. The story to me is very important. And the character is important. I can’t put myself in a position where I can’t justify doing a character. I can’t do something negative. There have been roles and auditions that I have turned down because simply because the content is something that in my standing and in my faith that I can’t justify.”

Justifying the roles that he is willing to take on isn’t the easiest of tasks. With the industry putting out many stereotypical roles for the Black male actors, the quality and quantity of meaningful roles become very slim. While he may see the change, Henry continues his pursuit and makes sure that he doesn’t blame “Hollywood” for the movies because the writers hit a little closer to home.

“I am sorry to say that some of the stereotypes are coming from writers of color,” He says. “Let’s be real. I’m not going to point the finger at Hollywood, our own people are writing things that continue to be stereotypical and show us in a light that we have matured past and we have grown past. I don’t know if it’s a problem but it is something that I would like us to move past.”

Steering the writers in the correct direction takes more than just saying it. Henry is a living example of what the portrayal of the Black actor should be. The journey is hard and the work is never complete. He never compromises himself and he will never allow himself to be satisfied.

“There is a lot more work to do,” Henry says. “Right now, my biggest goal is, however, I am blessed I want to bless other people; people that I know and people that I don’t know. I am in no position to get everything I want. I am still working and still trying to become a better actor. I don’t think I will ever be satisfied ever.”