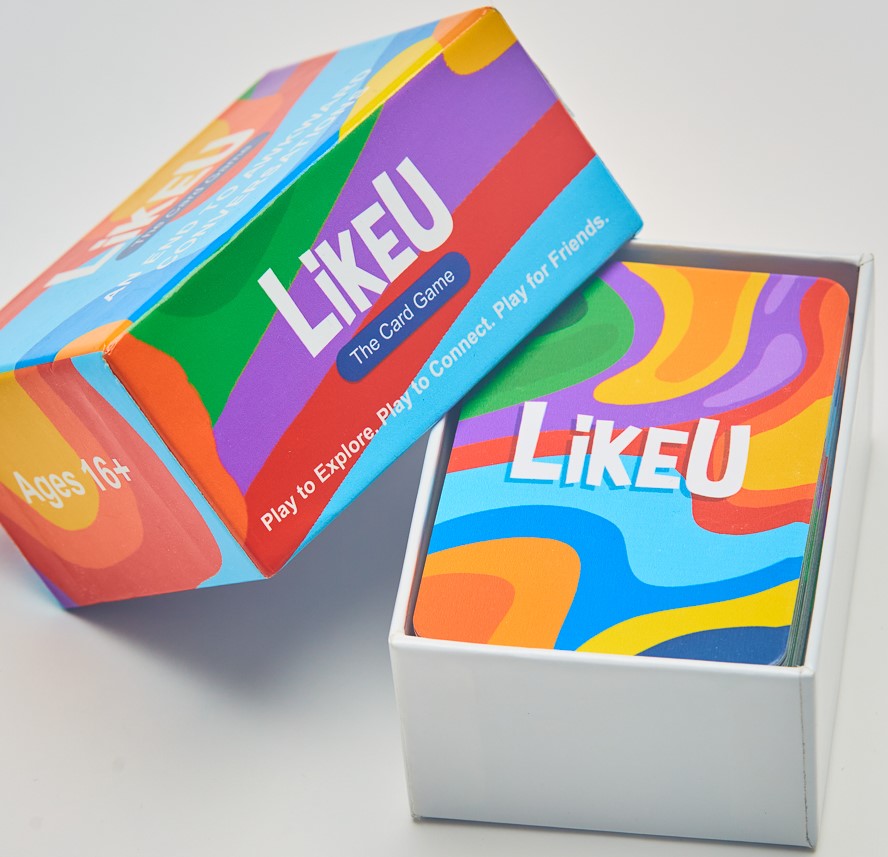 Good things happen when like-minded individuals come together and decide change is necessary. That’s what happened when longtime friends, Kiara Imani Williams, Brian Taylor and Michael Nelder Henderson created the Card game LikeU. Understanding that sometimes-tough conversations can be hard to have, the game aims to combat cancel culture in a digestible way.

“Typically, when we don’t understand someone, our default is to distance, shame, blame or fix them. . . . LikeU cards serve as a tool to aid in what we believe is the most impactful form of activism – storytelling. We created this game to help people become students of other people’s stories, to remind others that the most powerful words besides ‘I love you,’ are ‘me too,’” explains the creators.

Co-creator, Kiara Williams, was inspired heavily by a life-changing experience in the summer of 2019. During this time Beyonce reposted a video of Kiara dancing video to her cover of Earth, Wind and Fire’s classic “Before I Let Go”. Williams went viral instantly causing her to be bombarded by calls and texts while attending bible study. Kiara was shocked.

She spent most of her life exerting a lot of control. The experience was liberating for Williams, “I think working as a corporate attorney, I was very much in a box with how I chose to let the world see me and what I did with my time. My coworkers had no idea that I was dancer. So, not only was it on the Instagram, but within the next few days, it was on Good Morning America, and all over the place. Everybody at work was like, oh my gosh, why didn’t you tell us you were a dancer? And I was like…I was a lot of things before I became a lawyer. I was a dancer, a pageant girl…but then you become an adult, and everybody just cares about what you do. No one’s really asking you about your passions.”

The entire process then pushed her to not just be a lawyer, a writer or a dancer but also become an entrepreneur which led to like LikeU with friends Michael and Brian. Brian is a Grammy-nominated and Dove Award-winning songwriter, aiming to use his background in business and entertainment to aid people in finding confidence in their own voices and stories. Michael is a poet, author, and TEDx speaker, who has brought his creative approach and spoken word to universities, businesses, and prisons.

According to Henderson, they wanted to a way to blend their unique and diverse backgrounds to find a way to bring people together in a world that seemed as if it were falling apart. He notes, “In 2020 when the racial division and the George Floyd protests were happening. Mothers and fathers, sons and the daughters were essentially just in a state division. We thought how we create something to bring people together…So Kiara, Brian and I were talking, and we said why don’t we create a conversation starter game.”
Thus LikeU was born. A Black owned, card game that helps players explore what makes them unique and human while giving room to have difficult but meaningful conversation. LikeU gives space for resistance amongst players who are reluctant to answer some of the games questions. As listed in the recommendations for the game, player’s have the option to pass or skip if they’re uncomfortable. The game also is split into two levels of intensity. Yellow cards offering more lighthearted questions vs blue cards which challenge ideals and promote the deeper conversations.

Players can get to know each other and find what they have in common through a combination of both light-hearted and thought-provoking questions! The card decks are great for travel, as gifts, and as a way to reconnect and/or put an end to awkward conversations at gatherings with family and friends.

LikeU is available for purchase online and in Target.