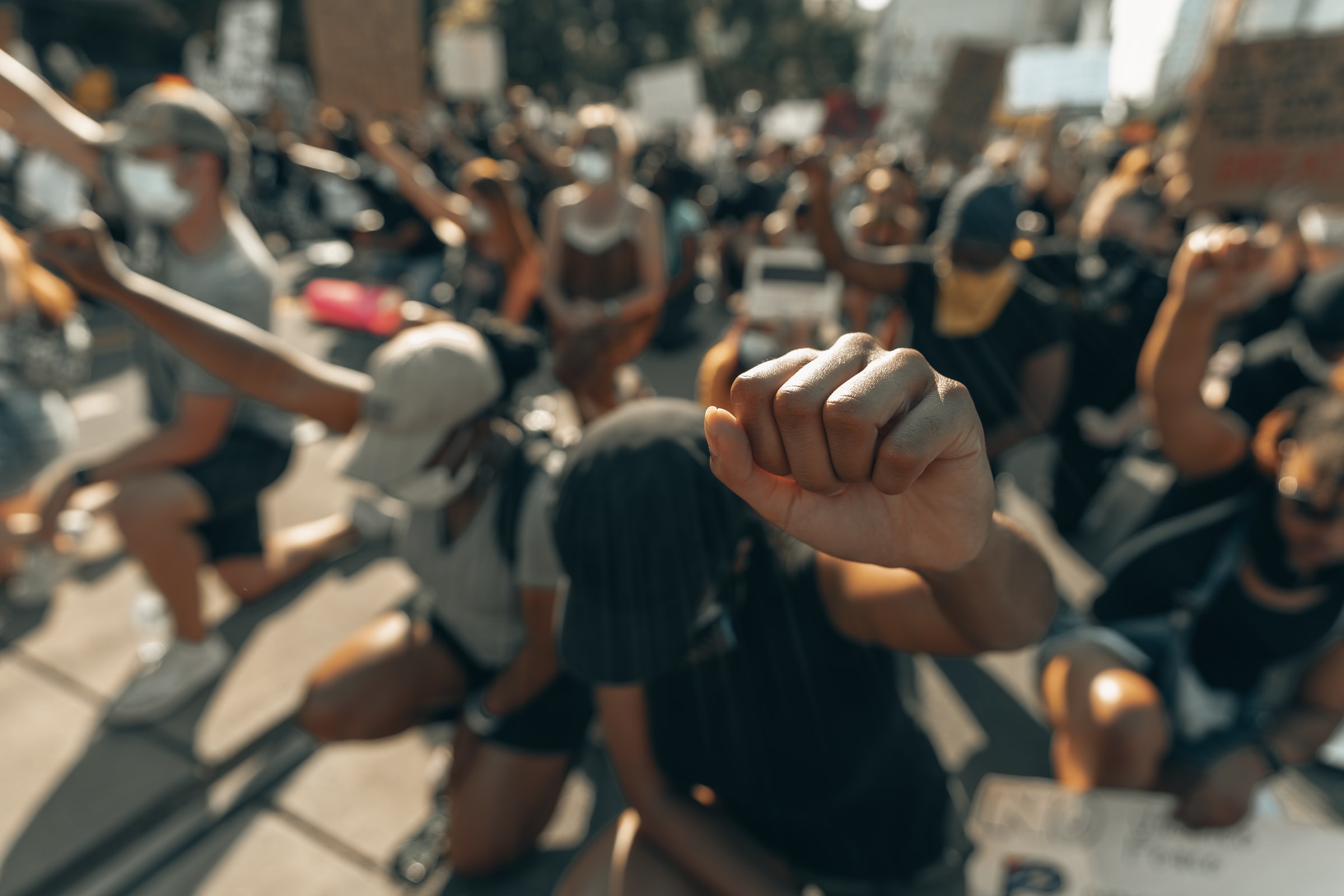 George Floyd. Breonna Taylor. Rayshard Brooks. These were the names that echoed through the streets of my small town of Scotch Plains, New Jersey. Over 1000 people marched through the streets holding signs and calling for an end to the unjust police brutality epidemic that has been plaguing this country for a century. Every person in that crowd was shouting through a mask because they knew that every voice was needed to try and press those in power into making meaningful change in this country despite a global pandemic.

The march concluded with speakers and local leaders calling to action, and to remind people that this isn’t a trend, that this is something that we need to work every day to create a better nation. Every person on American soil has a right to protest, and our history is full of people standing up for what they believe in. Social media has made it possible to get the message out to people who would never be connected in years past. The protest in my town was full of people from all generations and walks of life, all of them holding signs and chanting in a frustrated unison. America is more than just its major cities, and the support of small towns across America is necessary to create a meaningful change.

Newark, New Jersey is the largest city in the state and had a crowd of tens of thousands marching through the main streets. Despite all of the violence that has popped up in other areas around the country, Newark had zero incidents of violence or confrontations with the police. Newark has an important place in the state’s history because it was the site of a violent protest in the summer of 1967 after two white police officers arrested and savagely beat a Black taxi driver. Much like the riots and protests today, that inciting incident was the zenith of decades of economic neglect, redlining, and the fact that one of the largest majority-Black cities in America still had mostly white leadership.

The internet has been flooded with videos of counter-protesters harassing the people of the peaceful protests. One of the most egregious videos was taken in Franklinville, a small town in South Jersey, where one man was kneeling on the neck of another man while smiling and laughing as protesters marched by. “All Lives Matter” and “Trump 2020” were also common responses to the protesters’ chants.

No major social movement can enact change without the help of citizens throughout the country. There is still major pushback from those who don’t agree, but that just means we need to fight harder. Now more than ever we are seeing protests in all 50 states showing that regardless of your ethnicity or where you are from, people can see the flaws in our criminal justice system. Small towns by themselves have a small voice in national politics but together can create a deafening chorus for change.