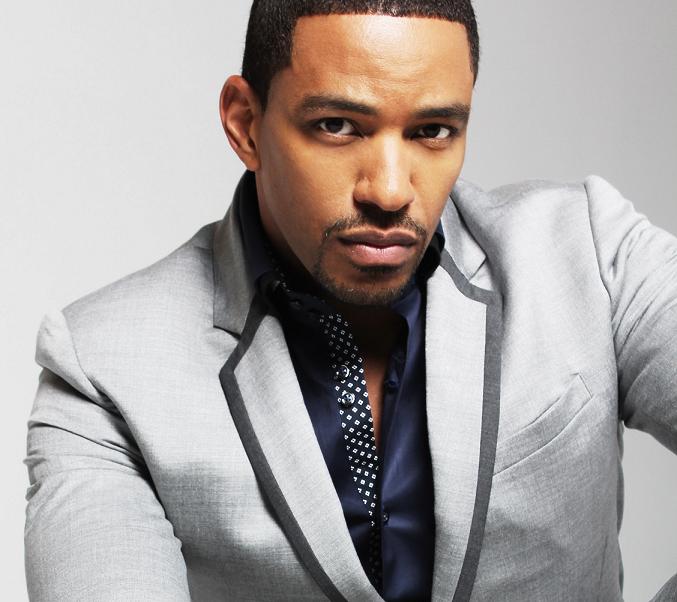 With memorable supporting roles in Hollywood blockbusters and crowd favorites such as ‘Avatar’, ‘Stomp the Yard’, and ‘Fast & Furious’ actor Laz Alonso was poised to eventually take his spot at center stage.  We spoke to Laz about his most recent project, the much anticipated romantic comedy ‘Jumping the Broom’.  As the film’s romantic lead opposite Paula Patton, he is passionate about why he was attracted to this movie, why audiences will enjoy it, and why it is so important for us to support films like this.

Laz was eager to take on the challenge of playing the lead role in a genre that he had no previous experience in, a huge contrast to some of the villainous characters he has played in the past.   He describes this role as being different from others he has played because this character is “the guy you cheer for instead of cheer against.” To get into the romantic comedy frame of mind, he took it upon himself to do a little research.  “I watched a lot of romantic comedies like Hitch and pretty much every Matthew McConaughey movie.  I probably have a bigger romantic comedy collection now than any man you will ever meet, and I’m not proud of it” he says chuckling.  But it was not all unfamiliar territory.  Laz was also drawn to the role because of the similarities that exist between his character Jason Taylor’s life and his real life.  “He was raised by a single mom, he went to Howard University, he worked on Wall Street,” Laz says of his character, all of which are real life experiences of his own.    Ultimately he knew that despite the genre being somewhat out of his comfort zone this project had a story, a character, and a cast that he could connect with.

In addition to Patton, Laz stars alongside Loretta Divine, Angela Bassett, Mike Epps and a host of other well-known actors and comediennes.  The movie shows a couple bringing their two families from seemingly opposite backgrounds together for  the first time, which also happens to be the weekend of their wedding.  According to Laz, the chemistry amongst the cast was instantaneous.   He describes the energy in the room the first time all of the actors got together saying “they literally could have filmed the table read and put that out as a movie.” 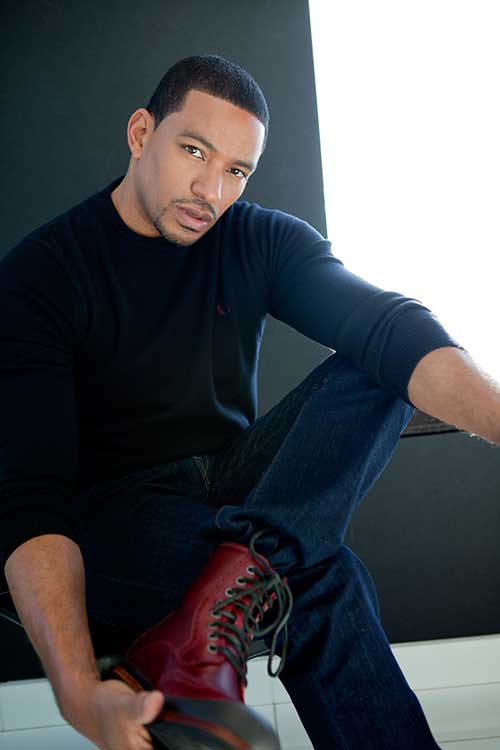 Much of the buzz around the movie is attributed to the cast, as well as its director Salim Akil, best known for directing the hit television show ‘The Game’.  Among the film’s producers are Bishop T.D. Jakes and Tracey Edmonds.  And even with all of the big name African Americans involved with the film, you get the sense that Laz, the other cast members, and the creators do not want audiences to consider Jumping the Broom as just another black film.  It is indeed proud to showcase some immensely talented black actors, while simultaneously showing that the core messages of the film, love, forgiveness, and faith are universal.   They are hoping for a diverse audience in addition to strong support from the African-American community.

“You don’t have to be brown to experience what these two families are experiencing,” Laz says.  Further emphasizing his point he recalls an example saying “You look at a movie like ‘My Big Fat Greek Wedding’ that was very successful but it wasn’t because only Greek people went to see it.”  Laz feels that audiences need to support movies like ‘Jumping the Broom’ in that same way in order to see them survive.  He points out the dwindling number of African-American films being produced and urges audiences to support because “that is ultimately how we tell Hollywood that they need to make more movies like this.”  Support for these movies also helps to determine who will be regarded as the next generation’s most esteemed actors.  For now, Laz seems less concerned with recognition and more focused on just doing good work, and he truly believes ‘Jumping the Broom’ is good work.

All signs point to this latest role as being a great step in Laz’s evolving career.  And the busy actor has moved to the forefront on the small screen as well, starring in A&E’s television series ‘Breakout Kings’.  Cleary the smaller supporting roles he has played have put him in the sought after position he is in right now.  When asked what he might do next, he just smiles and says “I’m really open to a good script.”  Vague, yet intriguing, sounds like he wants to surprise us and maybe himself too.