“Inspirational and moving, heartwarming and heartbreaking, PERSONAL STATEMENT is a testament to the power of knowledge and the ability to lead with a dream.”
– American Film Institute (AFI)

Personal Statement follows three inspirational teens in Brooklyn who take it upon themselves to make a difference by becoming peer college counselors in their schools. They are high school seniors who are fighting to defy the odds not only for themselves but for every single one of their classmates. They have decided to become the very resource they don’t have themselves. 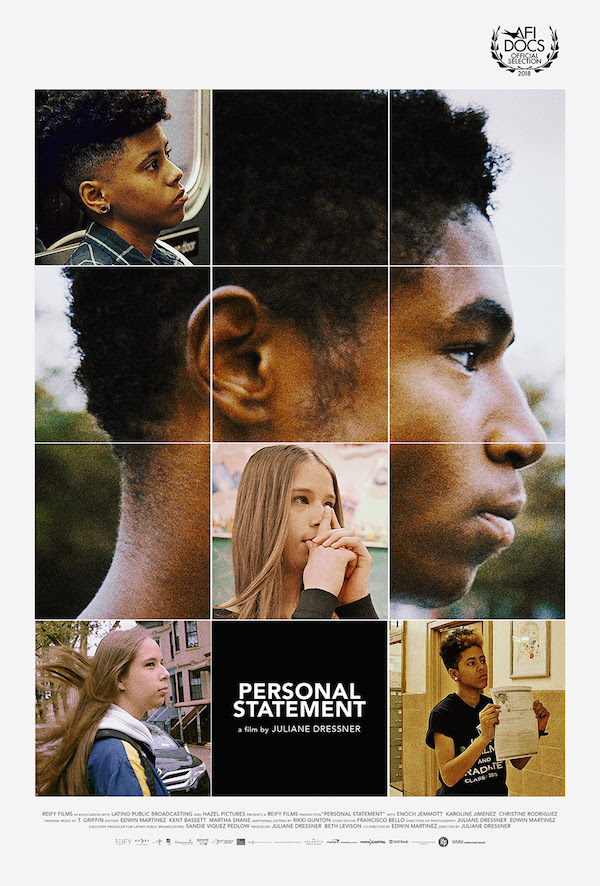 In the heart of Brooklyn, New York, Karoline Jimenez, Christine Rodriguez, and Enoch Jemmott aspire to become the first generation in their families to attend and graduate college. But, like so many public school students throughout the country, their under-resourced schools don’t have enough college guidance support. That is why Karoline, Christine, and Enoch have decided to do their part to close the college guidance gap. Personal Statement is an observational film that follows them through their senior year as they struggle to get themselves and their peers to college. The film’s narrative weaves their individual struggles, family life, and their respective college application and admission processes.

“In the film, we see that the very people who are affected by a problem are in fact the ones who are best situated to solve it,” director Juliane Dressner says. “This lesson could not be more timely as communities throughout the country, many of which Karoline, Christine, and Enoch represent, including immigrants, members of the LGBT community, and low-income people of color, are struggling to fight for their rights. When systems fail us, we must work collectively to resolve our own problems, and Karoline, Christine, and Enoch show us  how it’s  done.”