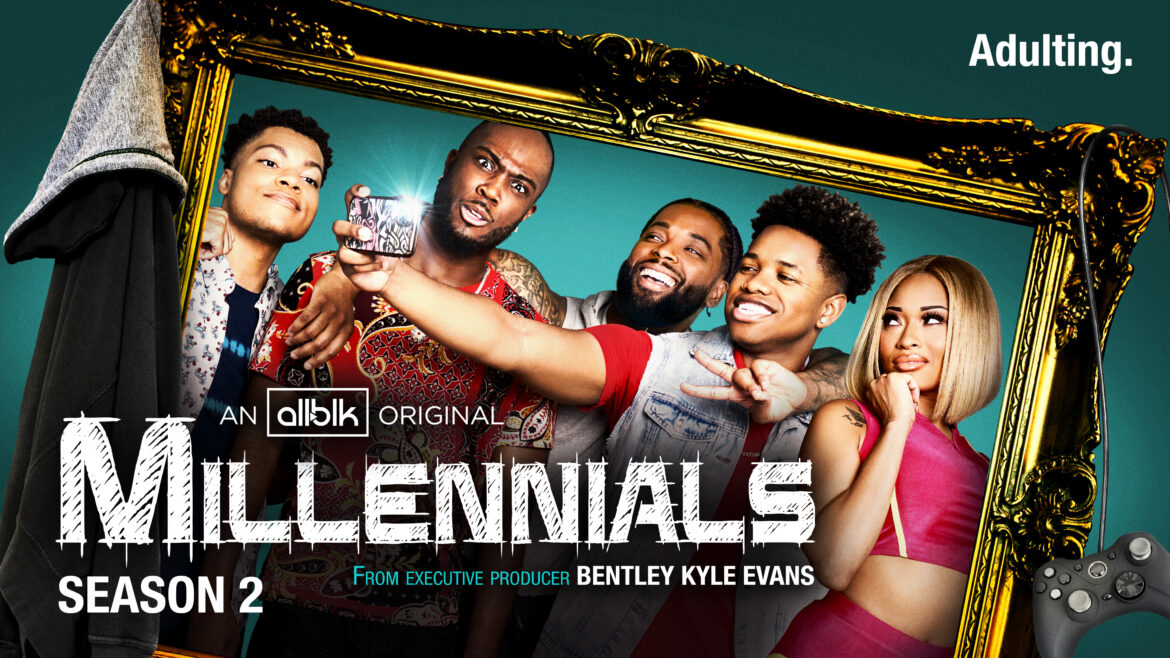 The cast of AllBlk’s hit comedy series Millennial’s is back with season 2. The show follows four 20 something roommates as they navigate the ups and downs of life the smog pit that is Los Angeles. Coming off of a very successful first season Millennial’s season 2 has taken it up a notch. There’s certainly Mo Funny, Mo Problems and Mo to Watch.

Taking the time to sit down with Suavv and discuss the upcoming season are Phillip Bolden (Travis), Aaron Grady (Todd) and Nathan Davis Jr. (Fitz). The guys gleaned about the new season reveling in the progress that’s been made since season 1 and the friendships that have evolved since that time. Having garnered deeper chemistry amongst one another the cast has undeniably raised for new age sitcoms. Reminiscent of shows like Martin , Steve Harvey and Hanging with Mr. Cooper, Millennial’s does a good job of helping viewers forget their problems , if only for 30 minutes.

Phillip, who plays Travis expressed, “This season is better. We all know each other as people, as friends, off camera. We’ve all gotten to really mesh together, to get to know one another in new and exciting ways. And the season is all the more chaotic for it but in the absolute best way.”

Setting themselves up for success early on the cast of Millennial’s faced few challenges going into the new season. Partly due to the leeway given to them to freely interpret their individual characters. The free flowing work environment created a sort of perfect storm for a brilliantly funny season that feels authentic to the audience. Couple that with “[…]having a black cast, black writers, black people behind the cameras, black people apart of the crew, it’s shot at a black owned studio on the network ALLBLK, you can’t write it any better than that.”, says Grady.

Even the introduction of the neighbor Fitz (Davis Jr.) was seamless. Grady expressing once again how beautifully flawed but perfect Season 2 of Millenial’s is had this to say.

For all the laughter on screen there are certainly some truly self-defining moments for each of the characters. Relationships like those between Jaheem ( Harris) and Mercedes (Topnotch), Travis (Bolden) and the roommates; prove just how much can be discovered beneath the humorous veil of sarcasm.

So if you’re looking for a good laugh and an easy distraction from the days events, tune in to Season 2 of Millenial’s every Thursday, beginning March 17 on ALLBLK.

Preview a sneak peek of the newest season below in the Season 2 trailer.