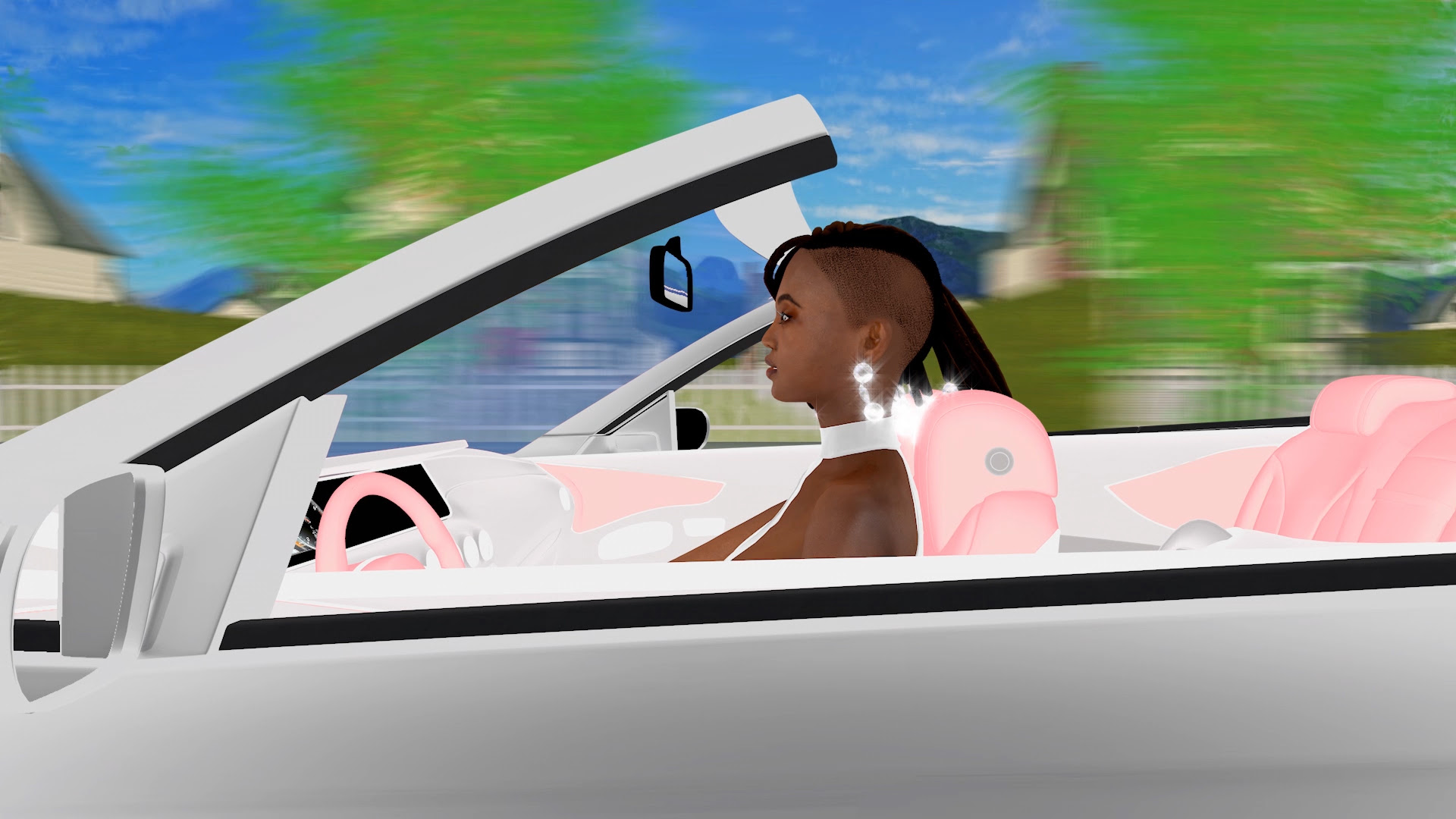 While in the midst of the UK leg of her Take Me Apart Tour, rising musical Phenom, Kelela, released the futuristic sims-inspired visual for her single “Frontline” – premiered on Rolling Stone. Frontline first debuted on HBO’s hit show Insecure – noted as a dreamy R&B breakup anthem. The video opens up with serene shape-shifting sonics and a computer-generated version of Kelela sitting down explaining to her cyber lover in her smooth varied tone that the place he once held in her heart is now behind her.

When asked about the “Frontline” visual, Kelela told Rolling Stone – “I love speaking to my fans through music videos and I always find it more fun to reference things that we can all relate to that may not be in the forefront. With this sims-like video, I was able to tell my story in a light-hearted but dramatic way. It’s about leaving your ex with the wind in your hair while acknowledging a curiously complex feeling of pain that he has left you for a white woman.”

“Frontline” is the third track released from her debut album “Take Me Apart”, which follows up her previously released singles, ‘LMK’ & Blue Light.