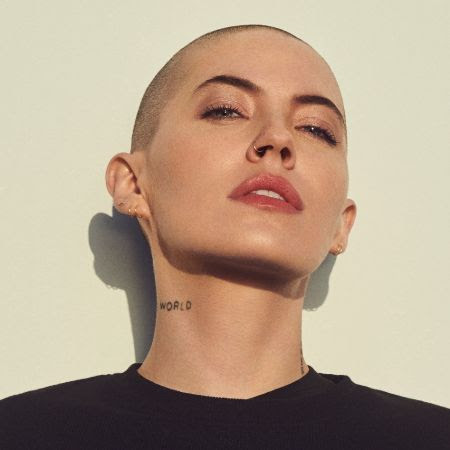 Bishop Briggs, whose debut album Church of Scars debuted Top 10 on the Billboard Album Charts worldwide, releases her new single “Champion” today via Island Records along with a brand-new video (directed by Tim Mattia, known for his work with The 1975 and Twenty One Pilots) which will broadcast on MTV Live, mtvU, and on the iconic Times Square Viacom billboard. Bishop will also be celebrating the release of the video by chatting with fans on her YouTube Premiere Page. In addition, iHeartMedia will World Premiere “Champion” across all of its Alternative radio stations nationwide beginning at midnight on July 17th EST and replay every third hour. Produced by JoelLittle (Taylor Swift, Lorde, Khalid) and co-written with K.FLAY, this powerful anthem marks major strides for Bishop. The first of new music to come this year, the track hits with stark acoustic guitar, shuddering keys and a stadium-size beat while the lyrics provide a powerful affirmation, “I’m a champion.”

“‘Champion’ is a song that I wrote when my self-esteem was at an all-time low. As a woman, I feel like I have been socially trained to be so many things at once – sexy yet sweet, confident yet humble, independent yet submissive, smart but not too smart – the list is never-ending. Writing this song helped me look at the question – what if I could just be myself? What if there was a world where my vulnerability was what made me powerful? What if there was a day I could proudly, without hesitation, look in the mirror and say, “I AM A CHAMPION”, purely because I’m choosing to be myself? “Champion” is about accepting yourself today, as you are.” – Bishop Briggs

“Champion,” which will see its TV debut on The Late Late Show With James Corden on July 29thahead of performing at Lollapalooza this summer, follows up Church of Scars, Briggs’s widely acclaimed album that exploded early last year. Inspired by rising above after heartbreak, Bishop’s strength proves undeniable on “Champion:” You gotta get bruised before you get mad / You gotta fall down before you fight back / Was feeling so weak but baby I’m strong / Little did I know I’m a champion.” “Champion” joins Briggs’s earlier critically acclaimed singles, including “Wild Horses,” “White Flag,” and RIAA Platinum-certified “River.”

Since emerging in 2017, Bishop positioned herself to empower. Tallying one and a half billion cumulative streams, she earned a platinum certification for her breakthrough single “River.” Meanwhile, her 2018 full-length debut, Church of Scars, made its way to the Top 10 on the Billboard Album Chart. In its wake, praise came from Rolling Stone, Entertainment Weekly, Billboard, NPR, and more. Known for seismic and stage-shaking performances, she not only sold out her two headline tours, but she also ignited Coachella and Lollapalooza as well as American Idol and The Tonight Show Starring Jimmy Fallon. Among other accolades, she garnered a nod in the category of “MTV Push Artist of the Year” at the 2018 MTV Video Music Awards and contributed a striking rendition of INXS’s “Never Tear Us Apart” to the Fifty Shades Freed trailer and soundtrack.