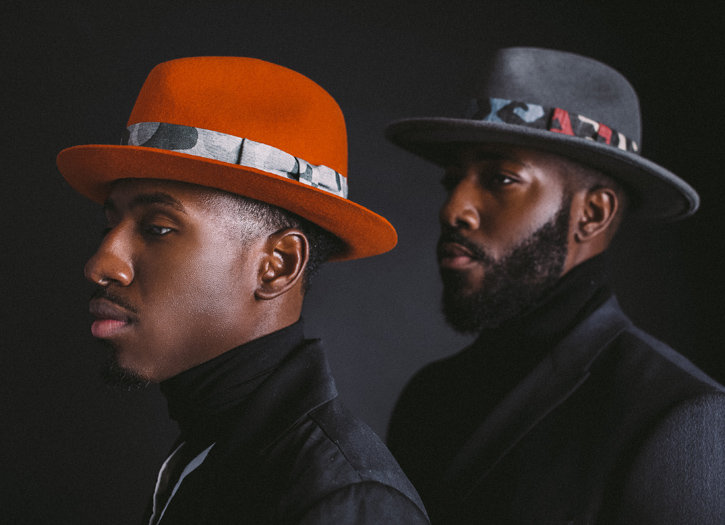 What do you do when the worlds of retail and information systems just aren’t cutting it for you? You create a massively successful fedora brand with an old friend, of course. That is the basis of the story for WEARBRIMS owners Archie Clay III, a graduate of Tuskegee University, and Tajh Crutch, a graduate of Troy University, both of whom were searching for something more fulfilling when their post-graduate professional life wasn’t living up to their expectations.

It might be surprising to some, but fedoras have never fully gone out of style. Music producer Pharrell Williams and singer Harry Styles wear them frequently as part of their public persona, but for Crutch and Clay, their business is as personal as it is a fashion statement. “WEARBRIMS” has been a way for the pair to express their individuality in a modern way while paying homage to a classic style. As fulfilling as it may be for them, they want their customers to be able to express themselves as well. The customer is able to curate their own hat, creating it in a way that fits their lifestyle and personality.

The pair came up with “WEARBRIMS”, a luxury fedora company that is American-made through and through. Both had been interested in fashion prior and thought that fedoras would be a niche product to tackle. “I thought that this is a market we could tap into because there hasn’t been a fedora hat company, a new, innovative fedora hat company in a while,” said Clay. “At that time the only hat companies you had were the Goorin Brothers and Baileys….all these companies that have been around since the 1800s.” He wanted to work in clothing, in fashion, but in an area outside of the normally “oversaturated” industry. “I just thought about me being in the business of being business-minded,” he said. “I’m always thinking about what makes sense at the end of the day.”

For Crutch, the seeds were planted earlier on when he would make his own hat designs from hats he purchased at the mall. He also wore fedoras himself, having bought his first in Philly back in 2009. He recognized Clay’s usage of fedoras in his own personal style, so he knew he had a possible collaborator who was serious about the work. “After we got off the phone he called me back maybe two days later,” he said. “He was like ‘Hey man, have you really thought about what I was talking about?’” Clay had laid the groundwork, selecting a manufacturer and figuring out where their product would come from. All that was needed was a name. At that point, for Crutch, there was no denying Clay’s vision.

“In my head, I thought that it was a sign from God,” he said. “It was something I wanted to do, but I kept putting it off to the side. But now he’s bringing the same idea to me. Now I’m 100% in. I said, ‘Let’s go. Let’s get it running.’” The inspiration and prospect of a new start came after a tumultuous few years for Crutch, so it became about way more than just himself. “How can we motivate and inspired individuals who were in our shoes three years ago?”, he asked himself. So they got to work.

Fedoras, in their essence, are a symbol of stature and, of course, luxury. “You can get into any area….any place with a fedora on,” said Crutch. “You can’t go to some places with a city cap or a dad hat on. But with a fedora, that automatically gets you in.“ Part of it may have to do with the price point. Sure, there are some cheaper options, like graduation caps at $65, but most of the other product stretches at well over $200, really showcasing the idea of the fedora being a product of excellence. “Back in the days of the Black Renaissance and the Harlem Renaissance, people would wear it with suits, with anything,” said Crutch. “Now it’s an accessory just like a pair of shoes, like a belt. I wear my hat with slips, I wear it with shorts. You can do whatever you want with it. I just think it’s the stigma of what a fedora is.”

Just like in any other aspect of fashion, confidence is key when it comes to wearing your fedora to its full potential. It works with both casual and upscale wear, but is, very visibly, the centerpiece of the outfit. It is the statement piece. The rest of the outfit should be catered to the fedora, but the hat itself should have the appropriate fit, not drooping down over your forehead. “If you’re going to the beach, if you’re traveling, it doesn’t matter,” said Clay, who grew up watching his grandparents wear fedoras to church. “You don’t need a haircut, you can just throw it on and go.” The line features five brims; Aubergine, Prime, Sandlot, Summer Jones, and the exclusive Crown Blanco, WEARBRIMS’ collaboration with Tay Mitch.

Some might stop themselves after seeing the price point, but it is a worthwhile investment. “The price is self-explanatory based off a margin or whatever it may be,” said Crutch. “So we have to keep our prices between $170-$215. It depends on the different types of felts and fabrics for the bands and additional pieces that may add to the hat.” He reiterates that, while wearbrims is a luxury brand, the goal is for everyone to be able to enjoy it. “We consider ourselves a luxury brand, but it’s an affordable luxury,” he said. “We want to make sure that everyone has the opportunity to get their hands on it.”

After only three years, WEARBRIMS has become one of the fastest-growing Black-owned luxury hat brands in the US. They have no plans of slowing down their progress, with two more hats dropping by the end of the year as well as fashion show appearances with Atlanta Magazine and a show with R&B superstar, Miguel, next month. With features in GQ British magazine last year, WEARBRIMS is on its way to becoming an international product, while Clay and Crutch continue to achieve black excellence, maintaining a purposeful product meant to satisfy individual minds and appearances.