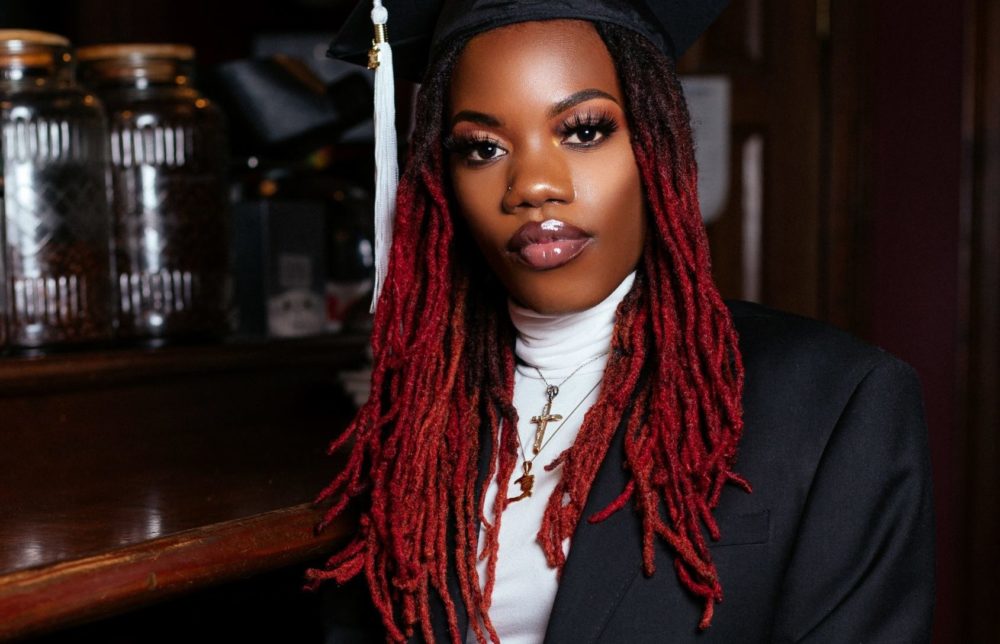 At the beginning of each new year, there seems to be a trend that bounces around self-help and social media sites about speaking goals into existence. It’s an idea that roots itself in the power that comes with asserting publicly to the universe and everyone in it what one hopes will happen in a certain time span. It can be something as vague as finding happiness to something as hyper-specific as catching the break that launches a new career. Whether or not speaking something into existence actually works is highly subjective–but tweeting it, as up and coming fashion designer Tianna Avant recently discovered, may be a whole other story.

While studying Fashion Merchandising and Apparel Design at Georgia Southern University in 2018—and knowing that she would require an internship to graduate—Tianna tweeted out her desire to work with Ralph Lauren or Miguel Wilson, saying “it’s just something I’ve gotta do.” Capitalizing on this desire, Avant reached out to the latter via email.

“I figured the worst that could happen was that he just wouldn’t respond,” Avant told SUAVV in a conference call. “ But he got back to me the next day.” Unfortunately, Wilson politely told her that he did not take on interns.

Unwilling to give up, Avant drove to Wilson’s Atlanta storefront and introduced herself personally.

She told Wilson that she just wanted to learn the ins and outs of the industry and was willing to work for free. Eventually, Wilson agreed, and from then to the end of the school year Avant drove three hours every other weekend to and from Statesboro just to be able to be in the shop with Wilson and his team. The following Summer, Avant spent every day working—still for free—with Wilson, eventually earning herself a paid, full-time position that she still holds today.

Nowadays, a typical day when they aren’t busy often includes hanging around the shop with Wilson and his other employees, an atmosphere that Avant describes as a close-knit, family-like atmosphere.

“Kind of like a barbershop, but with me in there too, which I love,” she said laughing. “They make me feel like family.”

Despite the warmth Tianna gets from her boss and co-workers, being the only woman in the shop has not come without challenges.