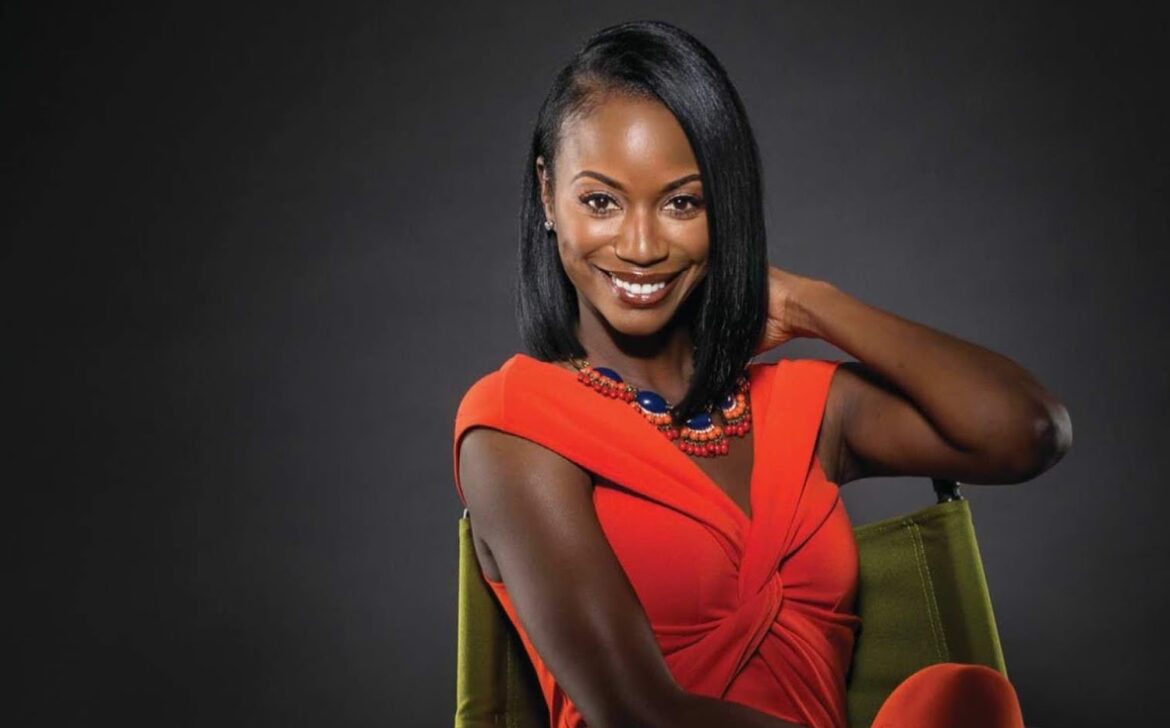 Breakout star, entrepreneur, and bestselling author, Taja V Simpson is making waves on the current season of BET’s & Tyler Perry’s, The Oval. Perhaps best known for playing Priscilla Owen in BET’s #1 scripted cable drama, Tyler Perry’s “THE OVAL.” Simpson has quickly become one of the screen’s most sought-after artists. She is starring in her new film “Lola 2,” which is slated to begin production in March 2022. Through this success, she launched her own academy, The Working Actors Academy, which helps advise up and coming actors.

Taja was born and raised in Lake Charles, Louisiana, and is very proud of her southern roots. However, growing up in a small town, she was no stranger to racism, at times even within her family. Taja found herself dealing with many struggles growing up that ultimately led her to become a confident and Women Who Shine.”

Taja V. Simpson’s journey hasn’t always been easy, but it’s been worth it. Since making her on-screen debut more than a year ago, Taja has gone on to land some impressive roles. As an award-winning #actress, she has over 20 years of experience in acting with more than 50 credits in film and TV.

Taja believes in helping others and sharing knowledge within the industry. She created The Working Actors Academy to help show actors how the business works, a skill that isn’t shown or taught really anywhere else. Membership with TWAA gives an inside look, into the business and teaches aspiring and working actors how to successfully book jobs and has received rave reviews since its inception.

Entertainment isn’t the only thing Taja is passionate about. She also loves the beauty industry and she’s all about bold looks and bright colors. She started a lipstick line called the Taja V. Simpson Collection. At the moment, she has three different shades of lipstick on for sale in her online store. Taja also launched her own hair growth line, “TAJ. Hair Growth.” The company was born out of her own past experiences with hair problems.