The article that you are about to read is a 6-part series that was penned by a columnist that is not on the SUAVV Magazine staff. Though the articles and views are going to be posted to our site, they are not the direct views of the magazine or our staff.

“The second kind of key point to log in is contact with interested Independents and Democrats who might help us if they had support and direction.  These contacts are the future of our organization. Regardless how the upcoming election goes in our state or district, we want to build an unstoppable army that will get stronger with every election.  By the time of the presidential election in 2020 we can be a juggernaut if we just pay attention to the details that help us grow.

“Given the huge list of issues that confront us today, it would be easy to disperse our efforts and not get cross a clear message.  Furthermore, our primary election system means that different candidates will emphasize their stand on particular issues to distinguish themselves from each other.  For the sake of the big change in November, however, we want to be familiar with all the issues so we can bring up the most telling details for the person we talk to.  But for a simple, clear, yet powerful agenda we can all get behind, I would like to suggest using the approach that helped Conor Lamb win the special election in Pennsylvania’s 18th Congressional district back in March 2018.  Lamb campaigned on these points:

1.For universal health care
2. Against Trump’s tax cut
3. For expanded background checks
4. For stronger unions
5. Against cuts to Social Security
6. For a woman’s right to choose
7. For medical marijuana 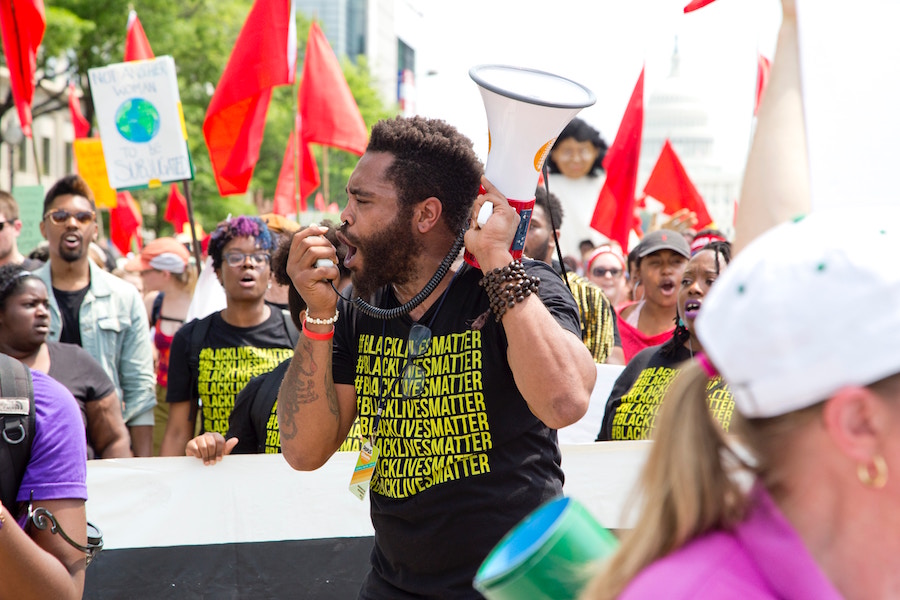 “If that sounds too tame for some of us, it’s worth pointing out that his win was in a district that President Trump won by almost 20 percentage points. This speaks to the issue of how radical we want to be.  The simplicity of that agenda is a lesson for us. It carves out a stance familiar to mainstream America. There are certainly positions available that many, even among Democrats, would pause at. Will it help the country right now if we abolish ICE, for instance, and is now the time to pack the Supreme Court by adding two or more justices?  The elephant-size problem we face in these few months is that Republicans control the mainstream of government, which means that the central, obvious job facing us is to take back that mainstream. Once that is accomplished, a whole closetful of good solutions become possible and many of them would be even easy. So I’d like to suggest that we adopt Lamb’s formula as a unifying message to those we deal with, print up a thousand of them in a handy pocket size, and get them everywhere: “This is what Democrats want.”

“There is a helpful clue also in how Lamb phrases these positions—in terms of an open-ended direction rather than a specific law with arguable details. Stating just the direction we want to go tells people where our values lie, what we want to work toward while granting that the balance of power in Washington may make some things possible and others not, but we remain clear about our direction, about what voters can count on us to work toward. This lets us sidestep arguing over contentious details that for now are fruitless because other people wield the power to settle them. We want to emphasize what we are going to do that is under our power–the direction we are working. That alone distinguishes us from our opponents.

“Thank you all for coming.  We’ll meet again in a week, same time and place. Bring a friend and bring with you the count of the conversational contacts you made. Let’s start to develop our electoral juggernaut.